The murder of John Ridsdel at the hands of a terrorist group and the subsequent discussion around the payment of ransom eclipses a far more serious discussion we should be having in the context of the ongoing defence review.

Canadians are present the world over, as tourists, journalists and as business people. If there is one thing that is a constant, it is that our perception as a globally neutral nation and an inoffensive people provides no immunity against those that would harm or use our citizens for monetary gain.

Whether it be tourists in Mexico, missionaries in Iraq, ex-diplomats and aid workers in Africa, journalists in Afghanistan or retired citizens in the Philippines, we will be just as much a target as Americans, Frenchmen and Englishmen. However, there is one thing that seems to set us apart: In almost all cases of hostages being taken, the combined efforts of diplomacy, specially trained police and special forces are brought to bear by those nations.

Notwithstanding that the United States, France and Britain do not pay ransoms either, they do, unlike Canada, invest an extraordinary amount of effort in providing an option for the rescue of hostages, usually through the use of special forces. And we can't forget Israel's commitment to saving their citizens who get into danger abroad.

It was once common for Canada to send military and police assets overseas to assist – the aid to Jamaica in raiding an airplane with Canadians on board in 2009 is one example – but that appears to no longer be happening.

In the case of the Philippines hostages, a crisis-management team at Global Affairs Canada has been liaising with its Filipino counterparts, as it should. However, it doesn't appear that RCMP specialists in this sort of situation have been deployed. Diplomatic liaison is fine, but direct-action options are sometimes required.

It is important to remember that sovereign nations hold responsibility for handling hostage incidents on their own territory. That accepted, Canada should press forcefully for an invitation to participate with our own assets in support of our own citizens. In areas of instability, such as Iraq and several African nations, we should consider the option of not waiting for an invitation to employ Canadian assets. It all comes down to the willingness of our government to use its "influence" to get us invited or to take our own action, if necessary.

Influence, however, is a function of how other nations perceive you, and of your military and police specialist capabilities. It is difficult to envision that if U.S. hostages or French hostages had been taken by Abu Sayyaf that there would not be a full participation by those nations in planning to liberate their citizens.

All of this, however, finds a nexus in the current defence review.

Canada as a nation does conduct the evacuation of Canadian citizens from regions of the world where conflict breaks out or where disasters happen. The truth is, we're not very good at it, in part because we do not have the organization in place to fully utilize pan-Canadian assets. As a consequence, we had chartered airplanes flying empty out of Libya. We were stretched to cobble together an evacuation plan from Lebanon while the French moved thousands of their citizens on their Mistral amphibious ships.

This lack of organization extends to hostages as well. The new government does not have a national security adviser named, and we as a nation are strangely proud of not having something akin to the U.S. NSA Situation Room, or a defined cabinet-level operational action centre such as the U.K. COBRA.

With public consultations occurring on the defence review, the issues are far greater than simply the number of troops, ships and airplanes, or our ransom policies, but what the government does, is equipped and is organized to do on behalf of Canadians.

Opinion
Only global action can end terrorist hostage takings
April 29, 2016
Opinion
Whether we pay ransoms or not, terrorists won’t be deterred
April 28, 2016 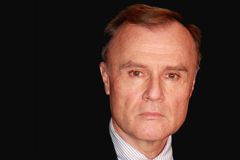 Did Trudeau government do enough to save John Ridsdel?
April 27, 2016 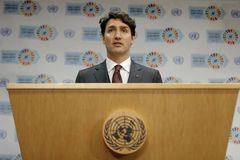