Friday's mass shooting in La Loche, Sask., which left four people dead and seven others critically injured, is unspeakably sad, and doubly so because most of the victims and the alleged shooter are so young.

But, if any good is going to come from this, we must look beyond the crime itself and examine the environment in which it occurred.

La Loche, a town of 3,000 with a predominantly Dene population, is like many other remote communities that pepper Canada's north.

It is isolated and poor: largely forgotten and mostly neglected. Such is the lot of most of 600 or so First Nations, Inuit and Métis communities scattered across Canada.

Social problems, from substance abuse to suicide, are commonplace.

One-quarter of all homicide victims in Canada are aboriginal, even though they make up less than 5 per cent of the population. The suicide rate in First Nations communities is roughly seven times higher than the general population; among the Inuit, it is 11 times higher. Indigenous peoples have rates of traumatic injury four times higher than the non-indigenous population: Motor-vehicle crashes, drownings, fatal fires, accidental poisonings and firearms-related injuries are all-too-routine occurrences, especially in the North.

Not to mention that indigenous peoples have a life expectancy that is a decade less than non-indigenous Canadians.

The statistics are mind-numbing.

In places such as La Loche, health and social services are also inadequate, suffocated by crushing demands, and complicated by the lack of co-ordination by various levels of government.

At La Loche Community School, where some of the shootings occurred, there were no mental-health services. Yet, according to media reports, the 17-year-old suspect was a victim of ceaseless bullying due to his physical appearance.

There is much despair, and much about which to despair.

Of course, none of this excuses mass murder.

But if we are to prevent this type of horror from repeating itself, and to address the crying needs of First Nations, Inuit and Métis peoples more broadly, we need to understand the context.

Both the Truth and Reconciliation Commission and the Royal Commission on Aboriginal Peoples have provided ample evidence for the harm done by colonization and its offshoots, such as dispossession of land and assimilation through residential schools.

More than 150,000 First Nations, Inuit and Métis children were shipped off to residential schools and isolated from their families and communities. Many were also victims of emotional, physical and sexual abuse.

The harm of cultural dislocation, and the loss of family ties and parenting skills in particular, continues to ripple through generations.

The end result is too often young people who are adrift and rudderless.

Hopelessness is a breeding ground for abuse and violence.

Still, the mass killing in La Loche is an anomaly. Most of the time, people turn the violence inward, not outward.

Nary a month goes by when there is not a report of a rash of youth suicides in an isolated community: Pikangikum, Neskantaga, Nain, Maskwacis, Shamattawa and the list goes on.

Rates of depression are twice as high in indigenous communities as mainstream Canada; so, too, are rates of substance abuse.

It is no wonder that mental-health problems are commonplace in indigenous communities, given the political and historical context, and the social environment in which people live.

While we cannot change the shameful history, we can address the political and cultural context in which people live. Let's not forget that there are indigenous communities that are thriving, where the rates of violence, suicide and substance abuse are average or below average.

What distinguishes them is what social scientists call "cultural continuity," meaning that, collectively, people have self-determination, and, individually, a sense of belonging.

Practically speaking, these are communities that have settled land claims, have self-government, have control over education services, have core infrastructure such as potable water, fire services and health and social services, as well as cultural facilities. In short, having control over local institutions, and a collective sense of history and culture, helps shield vulnerable members, such as young people.

But the price of doing nothing is even higher: Genocidal rates of suicide, more lost generations and more tragedies like La Loche.

La Loche: A beautiful town with a rough reputation
January 24, 2016 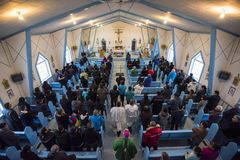 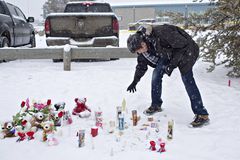 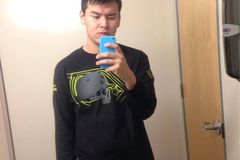 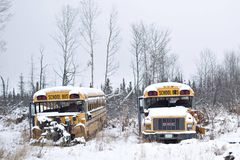