Being an avid fan of some of the challenging crossword puzzles in The New York Times, I occasionally even delve into the puzzle archives and attempt some of the ones from yesteryear.

I sent an e-mail to New York Times crossword puzzle editor Will Shortz mentioning that this definition highlights how the meaning of nerd has ameliorated in the intervening 22 years.

Mr. Shortz agreed with my assessment and was kind enough to send me a list of the 127 occasions nerd has been featured in the puzzles since Dec. 6, 1993, along with the clues that accompanied the word.

In 1994, for example, two of the clues for nerd were: "Hardly Mr. Cool" and "Common butt of jokes." Nineteen ninety-five featured these two nerd clues: "One who is socially challenged" and "dork."

Contrast this with the manner the word has been defined in more recent times: In 2013, "Brainy person and proud of it," in 2015, "Almost any character on The Big Bang Theory," and in 2017, "Brainiac stereotypically" and "Homework lover."

Dictionaries also reflect the change in the meaning of the word nerd.

It now also has "a person who pursues an unfashionable or highly technical interest with obsessive or exclusive dedication."

It's debatable, however, if the OED's recent definition using adjectives such as "unfashionable" and "obsessive" reflects the way many people employ the word nerd nowadays.

Increasingly, the term evokes luminaries, such as Bill Gates, Steve Jobs and Mark Zuckerberg; their imagination and grasp of innovative technology has transformed the world.

So why has the sense of nerd become more positive in the past two decades?

The aforementioned celebrities are proof that many people labelled nerds as adolescents went on to become very wealthy and imparted a higher status to the word. After all, being a billionaire is seen as cool in society notwithstanding that the billionaire at one time may have been given the nerd label.

Perhaps the etymology of the word nerd is in order here. The term appears to have been derived from a fictional animal found in Theodor Geisel's (a.k.a. Dr. Seuss) story If I Ran the Zoo, written in 1950.

This creature was depicted as a small, unkempt humanoid creature with a large head and a comically disapproving expression.

The following year, Newsweek magazine stated, "In Detroit, someone who once would be called a drip or a square is now, regrettably, a nerd."

The term, however, did not become popular until the late 1960s, when it became a shibboleth among college students and surfers to mark those considered "uncool."

Personally, I don't mind being called a nerd (or a geek). In fact, both a language column I write and my blog are called WordNerd.

Just don't call me a dweeb, doofus or dork.

Opinion
Jargon is so handy, if you know what it means

Words fail us: Why the word of the year isn’t even a word 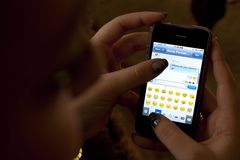 Opinion
What does Trump’s body language say about his mindset? Let us count the ways
Follow us on Twitter @globedebate Opens in a new window
Report an error Editorial code of conduct
Due to technical reasons, we have temporarily removed commenting from our articles. We hope to have this fixed soon. Thank you for your patience. If you are looking to give feedback on our new site, please send it along to feedback@globeandmail.com. If you want to write a letter to the editor, please forward to letters@globeandmail.com.
Comments