DEREK BURNEY and FEN OSLER HAMPSON
Contributed to The Globe and Mail
Published October 28, 2014 Updated May 12, 2018

Derek H. Burney was Canada's ambassador to the U.S. from 1989-1993. He was directly involved in negotiating the Free Trade Agreement with the U.S.; Fen Osler Hampson is a distinguished fellow and director of Global Security at the Centre for International Governance Innovation and Chancellor's Professor (on leave) at Carleton University. They are the authors of Brave New Canada: Meeting the Challenge of a Changing World.

There are days when the Canadian Radio-television and Telecommunications Commission seems caught in a 1950's time warp. Its focus seems manifestly misplaced and its mandate is struggling for relevance at a time when technology has surpassed much of its purview as well as its competence. The bizarre attempt to extract customer data from Netflix flopped dismally and the petulant decision to excise Netflix's testimony from the record simply underscored the regulator's inability to keep pace. Just to rub it in, the government declared firmly that it had no intention to tax access to the service offered by Netflix to Canadians regardless of what the CRTC would decide. It would be more prudent all around for the regulator to abide by its own 1999 ruling not to seek to regulate Internet services.

Canadian content rules, long the sacred cow of our intrepid regulator, also fade in significance when technology provides multiple options for access via Internet streaming and consumer choice free of content restrictions, many if not all of which are well beyond the reach of the CRTC.

If the regulator really wanted to do something for consumers of programming, they might more easily mandate a reduction of advertising minutes per program on telecasts and oblige the purveyors of over the air and cable to compete more effectively with ad-free programs like Netflix. Demanding more "pick and pay" options for consumers has a populist ring but will, as almost everyone except the CRTC knows, prove to be a fool's errand. If broadcasters and cable companies continue to ignore the interests of their customers for better choice at better rates, they will stimulate demand for clear alternatives, not more of the same. And technology will deliver different options.

Not satisfied with its shrinking relevance on programming from the Internet, the CRTC is also flailing to encroach on the terrain of the Competition Bureau by tackling allegations that the major telcos are over-charging both consumers and new entrants for the use of their networks.

By hook or by crook, the CRTC seems intent on serving the government's objective of improving, i.e., lowering the cost of telecom and telecast services to consumers. A laudable objective perhaps. But the real question is will it work and, in any event, how does all this relate to the mandate of the CRTC? If the consumers' interests in the price of cable or the lack of competition in the telecom world are problems, they should be addressed by the Competition Bureau, whose lack of attention to both problems is as curious as is the CRTC's focus.

Problems of cyberspace hacking and attendant concerns about the protection of privacy rights online are real issues of this century which are of concern and actually need regulatory attention on an international scale. Given the global scope of agencies like the NSA, it is unlikely that, without, at a minimum, new international accords, the rights of citizens anywhere can be fully protected by national regulation or legislation.

This is especially important for those countries whose security services already share digital information and cooperate closely on signals intelligence, as in the case of the so-called "Five Eyes" (Australia, Canada, United Kingdom, United States, and New Zealand).

Purely national approaches to regulate data will be as futile as the hapless attempt to collar Netflix.

For example, both the federal and provincial governments in Canada have recently been subject to a trade complaint lodged by the Office of the U.S. Trade Representative, which charged that Canadian privacy policies inhibited trade because they required that some personal data, particularly of government employees, be stored in Canada. Reportedly, Canadian officials wanted to avoid storing personal data in the U.S. because of "privacy concerns stemming from the Patriot Act." At the same time, upwards of 90 per cent of Canadian Internet traffic is still routed through the United States, which means that communications can be intercepted by National Security Agency electronic eavesdroppers before they are stored on so-called "secure" servers in Canada.

The costs of cybercrime to consumers and companies are growing exponentially by the day. Estimates by the Centre for Strategic and International Studies indicate that global economic losses due to cybercrime run into the tens of billions annually maybe even as high as $400-billion a year.

In Canada, Symantec estimates that the average cost of cybercrime per individual is around $380, with the total economic cost ranging into around the $3-billion mark for 2012-13.

The CRTC could play a more constructive and more relevant role by stimulating broader co-operative efforts at the national and international levels to tackle both surveillance and cybercrime concerns. It either adapts its focus to the challenges of new technologies or it will follow the path of dinosaurs past. Back to the Future is an old movie perhaps worthy of a re-run at CRTC headquarters before it is too late. 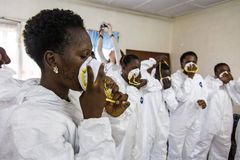