Imagine a kitchen table somewhere in Canada where a family is sitting down to dinner. One of the children says to her parents, "I've finally decided what I'm going to be when I grow up. I'm going to be a politician."

What might the parents do? Most likely they'd turn to each other, white knuckles gripping forks, and then one would say, "Are you sure, sweetheart? Think of all the other meaningful paths you could take. I hear there's lots of work for pirates these days. And jewel thieves."

These are not sterling days for those who seek public office. Turn around and you'll find one politician being drummed out of office by her caucus, another being arrested for drug possession and another pleading stupefaction for not remembering his own drug possession. There is the Fair Elections Act, which seems bent on driving even more Canadians away from the polls. We reached bottom with the spectacle of fired Conservative organizer Dimitri Soudas and his MP fiancée, Eve Adams, taking a photo-op walk with borrowed dogs – actual Potemkin pups.

Should it be any surprise that voter turnout in Canada (61 per cent at the last federal election) is only slightly higher than it is in Afghanistan (58 per cent, and that's with threats of dismembered limbs)? Is it any wonder, as Alison Loat and Michael MacMillan write in their new book, that "Canadians are checking out of their democracy in droves"?

That book is Tragedy in the Commons, but it could have been called The Haunting of Hill House for its disturbing tales of dysfunction in Ottawa. Ms. Loat and Mr. MacMillan are the founders of Samara, a think tank devoted to increasing political participation in Canada, and Tragedy in the Commons is a collection of interviews with 80 MPs from five political parties after they left politics. "Left" as in "ran screaming from a burning building."

The interviews offer eye-opening insight into a system in deep malaise, with power concentrated in party leaders' offices and individual MPs treated "like potted plants, trained seals or bobbleheads." Party bureaucracies are out of touch not just with average Canadians, but also the candidates running under their banners. Decision-making is jealously guarded at the very highest levels. Dissent isn't just stifled, but suffocated.

Russ Powers, a Liberal MP from 2004 to 2006, talks about the yawning gulf between the idealized vision of federal politicians' roles (betterment of the country) and the reality they find when they arrive in Ottawa: "You're there to develop policy that is self-serving and beneficial to your party in order to keep you in power and get you re-elected."

Or, as Reform-turned-Liberal MP Keith Martin puts it, "The tragedy of the Commons is that the public good is sacrificed on the altar of short-term political gain." He says, "the system works against innovation, works against independent thought, works against representing the constituents." MPs who do not sufficiently kowtow to the party line, or are seen to be more loyal to their constituents than head office, feel the icy of wind of ostracism. (And in Ottawa, that's pretty icy.)

Remember that it's the politicians themselves saying these things, not cranky callers to drive-time radio. The majority of the MPs interviewed "had taken a look at politics and found it wanting." They thought of themselves as mavericks, outsiders, reluctant participants in the political circus.

In other words, even politicians don't like politicians, which is probably the best argument for rehabilitation of the system. Canadians' trust in government, the authors write, was nearly 60 per cent in 1968 and is 28 per cent now.

So if people inside and outside the system are essentially holding their noses, what's to be done? Clearly, the average citizen needs to find a way to reinvest in the process, because there is no alternative. The country can't be governed with a tournament of rock, paper, scissors.

None of the authors' suggestions is radical: Political party recruitment and fundraising should be more transparent; power in Parliament should be better dispersed and less autocratic. (They see encouraging signs in Michael Chong's Reform Act, a private member's bill that seeks to give some control back to individual MPs.)

As well, there needs to be a recognition that "politician" can be a vocation, not just a costume put on at Halloween to scare the neighbours. Perhaps things won't change by next Halloween, but there's hope somewhere down the road.

Opinion
Elections Canada has a conflict of interest 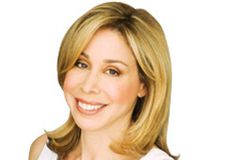 Opinion
How to grow your electorate: Legislate turnout