Timothy Caulfield is a Canada Research Chair in Health Law and Policy, University of Alberta, a Trudeau Fellow and author of Is Gwyneth Paltrow Wrong About Everything?

Scientific revolutions are everywhere. There is the stem cell revolution, the microbiome revolution, the nanotech revolution, the genomic revolution, and the personalized medicine revolution, to name just a few. Even mindfulness is, apparently, a revolution that will transform our lives! From these revolutionizing areas of science flows a constant stream of studies that are represented – by researchers, universities and the media – as breakthroughs, paradigm shifters, miracles and even near-future cures.

While the rhetoric of revolution is everywhere, the promised revolutionary breakthroughs rarely seem to materialize. It's like the science communication process has adopted Hollywood movie trailer tactics ("In a world where stem cells miracles happen almost daily…"), but the movie never opens.

The problem of science hype – that is, the inappropriate exaggeration of the state of scientific knowledge or the potential benefits of research – is receiving more attention from both policymakers and the academic community. Guidelines released today from the International Society for Stem Cell Research (which I was involved in writing) tackle this issue head on, suggesting researchers have an obligation to represent science in a balanced manner. Moreover, it states researchers should strive to correct the public record – by using tools like social media – if they feel research has been misrepresented.

Fighting science hype won't be easy. It is a complex phenomenon involving the action of researchers, research institutions, academic journals, funding entities, patient advocacy groups, social media, industry partners, market forces and the popular press. It is a hype pipeline, with each actor in the process benefiting from the injection of a bit more spin.

Studies have found, for example, that articles in peer-reviewed journals are using increasingly hyperbolic language and that abstracts (the summaries written by the researchers) often contain exaggeration and spin. Overstatement can also be found in the information flowing from university press offices. One analysis of almost 500 press releases found that half had a degree of exaggerating spin.

Of course, the media also plays a role. Research we did at the Health Law Institute found that news articles about stem-cell research often contained unrealistic estimations about how quickly research would end up in the clinic.

Why is science hype an issue? Overly enthusiastic representations can mislead the public about the readiness of a technology for clinical application, thus generating unrealistic expectations. Hype can skew research funding and lead to misinformed policy debates. And it can have an impact on clinical decision-making. It may also facilitate the marketing of unproven therapies – a particularly significant problem for stem cell research.

And let's be clear, big science topics like stem cell research are not the only areas with a hype problem. The social forces that spin how research is represented touch almost every realm of science. Even the research used to support mindfulness is, according to recent research, exaggerated in a way that presents the field in a more positive light.

It is understandable and natural for researchers to be excited about their work. And enthusiasm can help attract funding and build the interdisciplinary communities necessary for significant scientific advances. Also, we must recognize that much of the hype probably does not emerge from conscious decisions. It is the result of systemic pressures and incentive structures that encourage and reward enthusiastic portrayals. The invisible hand of hype.

While the revolution rhetoric may help grab headlines, funding support and market share, in the long term we all benefit from accurate representations of science. Fighting science hype should be viewed as a norm associated with scientific integrity. It won't be easy to slow the flow of hype. But given the importance of good, trustworthy depictions of science, any step in the right direction is a step worth taking. 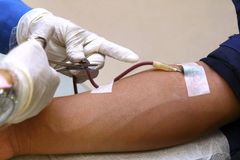 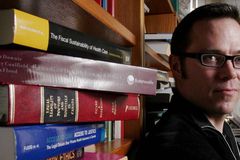