Dominique M. Gross is a professor in the School of Public Policy at Simon Fraser University. She is the author of the C.D. Howe Institute commentary Temporary Foreign Workers In Canada: Are They Really Filling Labour Shortages?

Canada's temporary foreign worker program attracts regular media attention and increasing scrutiny from working and out-of-work Canadians. Most recently, workers in British Columbia have claimed that their employment has been progressively disregarded by a restaurant franchise in favour of hiring of full-time TFWs. Coming after similar disputes elsewhere in B.C., Saskatchewan and Ontario, this has raised public pressure for changes. The federal government must overcome large information gaps about Canada's job markets and ensure that employers give priority to domestic workers.

In addition to public pressure to amend the program, there is growing research evidence that the Canadian TFW program can contribute to domestic unemployment. In response, in early 2013, the federal government restored some constraints – such as longer job advertising by employers, less flexibility in lowering wage offers to TFWs and a fee for processing employer applications to hire TFWs. But Ottawa should do better.

The goal of a TFW program is to accommodate labour shortages that would otherwise create difficulties for businesses to operate in a steady way. However, key components of employers' hiring decisions are worker productivity and worker costs. A well-designed TFW program must carefully take this into account to avoid giving priority to foreign workers.

This can be done with constraints on hiring foreign workers, which must be strictly enforced, or it can be done by adjusting hiring costs to favour domestic workers.

Temporary foreign workers are meant to fill short-term labour shortages, so it is necessary to have excellent information about the state of labour markets, at both regional and occupational levels. Employers must have easy access to information about availability of workers for their open jobs to search more effectively domestically, and the government must know whether there really are shortages in regional occupations before providing authorizations to hire TFWs. On this score, there is much work to be done.

Permanent jobs should not be filled by temporary workers. Recent changes to TFW program hiring rules increase the time that employers must advertise for open positions, from two to four weeks. While this move is well intentioned, it does not address needed improvements in knowledge about the availability of domestic workers. Also, it does not solve the government's understanding of the location and nature of labour shortages.

Labour market information must improve. This can happen either through regular collection of detailed statistics or by having well-informed local labour offices in charge of matching domestic workers with job vacancies. Both may be quite costly to develop.

Also, financial incentives can be used to encourage hiring domestic workers and make access to TFWs stricter. Recently, the federal government introduced a $275 administrative fee per individual TFW application. This change recognizes the role in employer decisions of relative hiring costs between domestic and foreign workers. That said, it is difficult to imagine that such a small fee will increase employers' incentives to search for local workers.

Some countries use such hiring fees as regulatory tools: They adjust them across sectors according to firms' sizes and industries' dependency on TFWs.

Over time, easy access to TFWs leads to firms offering less training and lack of adjustment in wages, especially in low-skill jobs. This makes many occupations less attractive to domestic workers, thus generating a rising demand for TFWs and potentially higher domestic unemployment. This is particularly true for low-skill workers, who generally face unemployment rates at least twice higher than skilled workers.

Unless there is clear information about which specific regional occupations experience true labour shortages and access to TFWs is limited accordingly, the Canadian program should not cover low-skill occupations.

Canada needs a TFW program. But it can no longer be available for a wide set of occupations, given the lack of knowledge about actual shortages.

A successful program would encourage employers to attract and train domestic workers for jobs that are permanent and that ensure stability of their business activity in the short-term. The current Canadian program falls short of these goals. 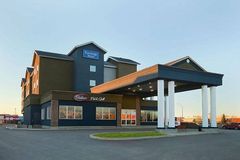