We might as well admit it: Donald Trump has had a very successful year.

His many critics, including this writer, would like to believe that this rogue President has been largely frustrated in realizing his ambitions. But that simply isn't true. In the 11 months since his inauguration, Mr. Trump has profoundly altered the state of the American union.

This President is a conviction politician. He believes that the global order established by the United States at the end of the Second World War has benefited other nations at his country's expense. He wants to wreck the whole thing. He is succeeding.

On trade, Mr. Trump has withdrawn the United States from the Trans-Pacific Partnership, suspended free-trade talks with the European Union, is moving to scuttle the North American free-trade agreement and is passively aggressively undermining the World Trade Organization.

Mr. Trump believes the international effort to limit global warming is a Chinese-led hoax that hurts American industry and energy production. He has pulled the United States out of the Paris agreement on climate change, slashed a host of environmental regulations and encouraged oil and gas exploration on formerly protected lands. According to a recent report by the U.S. Energy Information Administration, coal exports increased 68 per cent in the first nine months of 2017.

The United States used to count on collective security to maintain the peace. But Mr. Trump believes America's allies are a bunch of freeloaders and its adversaries have hoodwinked his gullible predecessors. He has successfully pushed NATO members to increase defence spending, angered allies as well as antagonists by recognizing Jerusalem as the capital of Israel, undermined the international agreement to limit Iran's nuclear program and threatened war with North Korea.

The President has also been busy on the home front, successfully promoting tax-cut legislation that will benefit corporations and wealthy individuals at the cost of ever-higher deficits. While Congress failed to pass legislation to dismantle the Affordable Care Act, better known as Obamacare, the tax bill effectively guts the act by eliminating the need for everyone to acquire health insurance. The Congressional Budget Office predicts this will leave an additional 13 million Americans without health care by 2027.

The administration has cancelled or revised a slew of regulations that it maintains hamper business investment. These moves include ending net neutrality, which means internet service providers will now be able to slow delivery speeds for services they don't favour.

Mr. Trump has annulled regulations aimed at ensuring the availability of abortion services, eliminated funding for family planning services overseas, rolled back protections for transgender Americans and sexual minorities, and appointed a deeply conservative judge to the Supreme Court.

While he has yet to build a wall along the Mexican border, deportations of illegal immigrants have increased. Mr. Trump has also moved to cut back legal immigration quotas and succeeded in banning travel to the United States from people living in eight countries that he considers security risks.

All in all, if you see the world the way Donald Trump sees it, 2017 has been a very good year.

The President is deeply unpopular, which has contributed to political setbacks, including the loss of what used to be a safe Republican Senate seat in Alabama. And special counsel Robert Mueller continues to investigate possible collusion between the Trump team and the Russian government in the 2016 election. All this has led the President's opponents to predict huge Republican losses in the 2018 midterm elections, and even Mr. Trump's possible impeachment.

These same critics never believed Mr. Trump would win the Republican nomination, or defeat Hillary Clinton in 2016. In any event, other presidents, including Barack Obama and George W. Bush, have been able to carry on after their party lost control of Congress, And there is, as yet, no credible evidence that would warrant the removal of this President from office.

Whatever happens in 2018, Mr. Trump has moved so swiftly on so many fronts that his agenda is already largely in place. Democrats will not easily unmake what The Donald hath wrought.

Opinion
Can Washington expect calm or chaos in 2018? 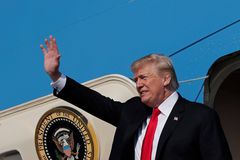 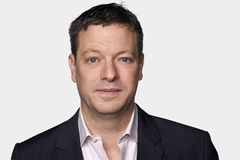