Canada Day has always been a mixed bag for Canada's native people. It makes us think of many things: patriotism, flags, sunburned cottagers, barbeques and exploding fireworks. That's the good stuff.

For some, though, it's a reminder that it was four years ago when Prime Minister Stephen Harper apologized to the first nations, Inuit and Métis inhabitants of this country for the imposition and effects of the infamous residential-school system.

Since then, much has been said and written about that apology: Did it go far enough? Too little too late? What's next? That is something I am afraid only educated, wealthy white men in positions of power can decide.

However, some in the native community feel that perhaps we are being a little lax in not issuing an apology of our own.

We are not without some culpability. In the centuries that have passed since that fateful day of contact, we ourselves have been negligent and irresponsible in not acknowledging our liability in many regretful incidents and events in the past.

So in the spirit of cooperation, I would like to offer up these apologies to the people of Canada on behalf of the NAFNIP (native/aboriginal/first nations/indigenous people):

We hereby apologize for being so inconsiderate as to occupy land that, one day, your people would want. Even though we did not have a postal system or an Internet, this was an inexcusable oversight. We hope you are enjoying it.

We apologize for having so many politically correct and incorrect names for you to call us – everything from native to aboriginal to first nations to wagon burner to status-card number 48759375876-1.

In retrospect, to make things easier for you, we should have stayed in India, where we were originally thought to have come from. Unfortunately today it is really hard to get decent palak paneer on the reserve.

We hereby apologize for not understanding the subtle connections between God, children and sexual abuse. Some are still struggling with appreciating this association.

They are forgetting that, early in the Bible, it says, "Let there be white. And it was good."

We apologize for wanting rights to minerals and other natural resources that exist beneath our feet. When you negotiated for our land, you meant to the Earth's core.

We did not fully comprehend that when we were put on reserves where our rights to the land only went two or three feet below the surface.

Anything that falls down a sewer grate basically belongs to the Federal Government.

We apologize for being so concerned about the disappearances of so many native women.

We did not realize that the professional attitude of most law-enforcement agencies towards this issue was basically "out of sight, out of mind." From now on, we'll report any native women that go missing as white women with dark tans. That should speed up response time.

No need to thank us.

We hereby apologize for straining the Canadian health system due to our propensity towards diseases like diabetes. I know it has been said we put the word "die" in diabetes, but being introduced to all that Kraft Dinner and potato chips was definitely worth giving up the steady diet of salmon and deer.

I am sure the vegetarians are happy.

We apologize for launching so many land claims against the federal and provincial governments. One of our most ancient teachings tells us it is our sacred responsibility to make sure as many lawyers as possible are fed and looked after.

Where would they be without us?

We hereby apologize for wanting autonomy from the Federal bureaucracy of the DIA (Department of Indian Affairs). … Wait a minute, make that DIAND (Department of Indian and Northern Development). … Sorry, but I think it's now called INAC (Indian and Northern Affairs Canada). … No, I have just been informed the Ministry's official name is now AANDC – short for Aboriginal Affairs Northern Development Canada. ... Now I forget what my original point was.

And though it had nothing to do with us, we are sorry for obvious reasons for the unique acronym of a once-testy office known as the Government of Ontario Native Affairs Directorate.

Finally, and perhaps most of all, we apologize for helping Canada/Great Britain win the War of 1812 against the Americans. There are many in the native community who feel Barack Obama would be a far more interesting leader than Mr. Harper.

But in our defence, who could have guessed?

Drew Hayden Taylor is a playwright and filmmaker who lives on the Curve Lake First Nation in Central Ontario. 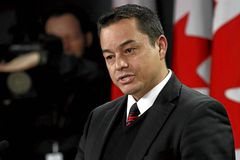 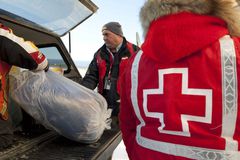