Who are these Libyan rebels whom the Western powers, including Canada, are helping with their air raids?

The little we know is anything but reassuring. And it makes one wonder why Western leaders were foolish enough to provide major support to a group that might prove to be even more dangerous than Moammar Gadhafi's regime. Colonel Gadhafi is a cruel despot, to be sure, but at least he stopped sponsoring international terrorism; he's now al-Qaeda's nemesis and a violent foe of radical Islamists.

Western governments had already been warned about the links that might exist between the jihadist movement and the rebel groups based in the eastern part of Libya. In late 2009, a Canadian intelligence report called the anti-Gadhafi stronghold of eastern Libya an "epicentre of Islamist extremism," pointing out that "extremist cells" operated in the region, including in some of Benghazi's mosques.

The U.S. Congressional Research Service, as well as the United Nations, have identified the Libyan Islamic Fighting Group, which was founded in the 1990s by Libyans who'd fought against the Soviets in Afghanistan, as an affiliate of al-Qaeda. In February, jihadists formed the Libyan Islamic Movement for Change.

Last month, the Transitional National Council, the group formed by the anti-Gadhafi rebels during the uprising of 2011, was endorsed by Abu Yahya, a Libyan-born al-Qaeda official (and alleged member of the Libyan Islamic Fighting Group), who broadcast a video message urging the Benghazi rebels to continue the fight for the establishment of an Islamic regime.

To the outside world, the Transitional National Council is represented by the amiable figure of Mahmoud Jebril, who holds advanced degrees from the University of Pittsburgh. But the reality behind him is very different.

The council's chairman is Mustafa Abdul Jalil, a former justice minister in Col. Gadhafi's government. The appellate court of which he had been president twice confirmed the death penalty for five Bulgarian nurses who had been arrested in 1999 on the ludicrous charge of contaminating Libyan children with the AIDS virus. (The nurses were freed in 2007 after French President Nicolas Sarkozy negotiated a deal with the Gadhafi clan. In February, in an interview with Al Jazeera, Mr. Abdul Jalil recognized their innocence.)

Abdul Fatah Younis, a senior military commander of the insurgency, is a former interior and public security minister. As such, he was responsible for the system of torture set up by the Gadhafi regime.

Idris Laga, the council's "military co-ordinator," was head of the Association of Relatives of Children Infected with AIDS, an organization set up by the regime to raise the price exacted for the Bulgarian nurses held hostage. Vladimir Chukov, a Bulgarian expert on the Arab world, says Mr. Laga "harbours a deep hatred for the West."

As for the rebels' military leadership, there appears to be none. French journalists following the rebels on the ground report an untrained and undisciplined "army" of young men who shoot at random and are often high on hashish. (The drug is delivered to them with the food rations.) There seem to be no officers on the front line, and those who brief reporters in Benghazi are unreliable.

So, again, the question: What's Canada doing in Libya? 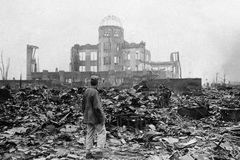 Opinion
Waiting for change post-revolt
February 21, 2011
Opinion
The Arab world’s revolting backdrop
February 7, 2011
Follow us on Twitter @globedebate Opens in a new window
Report an error Editorial code of conduct
Due to technical reasons, we have temporarily removed commenting from our articles. We hope to have this fixed soon. Thank you for your patience. If you are looking to give feedback on our new site, please send it along to feedback@globeandmail.com. If you want to write a letter to the editor, please forward to letters@globeandmail.com.
Comments