Raising the minimum wage will reduce poverty. This must be true because the country's biggest private sector union and the Toronto Star say so. Even Ontario's registered nurses call a higher minimum wage a "pathway out of poverty." And nurses wouldn't lie, would they?

The inconvenient truth facing the anti-poverty lobby is that raising the minimum wage – especially when the economy is less than robust – does not make a dent in the poverty rate. Just ask Ontario's own minimum-wage advisory panel. "The link between poverty and low wages is weak," said the panel's report, released Monday. "Although raising the minimum wage would reduce poverty for some, its overall impact on poverty as a whole would be limited."

The logic is easy to follow. About 9 per cent of Ontario's workers earn the minimum wage and, the report showed, fully 56 per cent of them are "sons or daughters living in the family home." Most aren't poor. You may bump into them on the bus glued to their latest iPhones.

Many other minimum-wage workers live in double-salary households that, together, earn middle-class incomes. Still others are older workers who supplement their pensions. In 2011, only 12.5 per cent of Ontario's low-wage workers met Statistics Canada's definition of poor.

And what happens to these workers when the minimum wage goes up? Typically, they get poorer. This group is largely made up young people living on their own, recent immigrants and adults with a high-school education or less. Employers react to a higher wage by cutting the hours of these low-skilled workers or, increasingly, laying them off and replacing them with machines.

As the Ontario panel noted, "the increasingly popular usage of precarious employment and variable hours can be seen, in part, as evidence of firms compensating for higher wages."

You can always find some ideologically driven university professor to produce a report suggesting an increase in the minimum wage does not depress employment. But the weight of academic research proving the contrary is overwhelming, as the panel's report concedes.

This apparently won't stop Ontario Premier Kathleen Wynne from raising her province's minimum wage to around $11 an hour, from the current $10.25 – a substantial 7-per-cent increase, just as her government prepares to face voters in a likely spring election.

It would be cruel and heartless to deny this raise to those on the bottom rung of the wage ladder, wouldn't it? Not if it hurts more than helps them.

We need a legislated minimum wage. Unscrupulous employers will always seek to exploit the vulnerable. Rigorous labour standards, including fair wages, are a basic mark of a just society.

But the minimum wage is a blunt instrument with rapidly diminishing returns. At $10.25, Ontario's minimum stands at 49 per cent of the median wage, making it high by developed-world standards, and above the level at which the hourly rate is considered to be a drag on employment growth. France's minimum is 62 per cent of the median wage and the country has basically ceased to create permanent jobs, while the youth unemployment has soared.

This is not a good time for Ontario to emulate the French model. Thousands of people have dropped out of the provincial work force since the recession. Only 61 per cent of Ontarians had jobs in December, compared to 64 per cent before the recession. The unemployment rate is well above the national average.

And the Premier wants to raise the minimum wage to the highest of any province?

If Ms. Wynne is sincere about wanting to help the working poor, her government would do better to create a wage-supplement program similar to the federal Working Income Tax Benefit. The WITB pays a maximum benefit of about $1,800 to a couple with kids earning $15,000. Its only problem is that it is too stingy.

The Conservative government created the WITB in 2007, but the idea originated with Liberal prime minister Paul Martin. He was defeated before he could enact the plan. The models were the U.S. Earned Income Tax Credit and the Quebec Work Premium. Quebec's program has existed in some form since the 1990s and is widely credited with helping slash the province's welfare rolls, now the lowest in three decades.

Support for a more generous WITB – including raising the amount workers can earn from jobs before the benefit is clawed back by the taxman – crosses the spectrum. Everyone from the Caledon Institute of Social Policy to the C.D. Howe Institute agrees it would be a good idea.

The WITB encourages people to take jobs even when the pay is low. Unlike a higher minimum wage, it doesn't discourage employers from hiring.

And working, even for low pay, is almost always better than not working. Ill-considered increases in the minimum wage, no matter how well-meaning, usually lead to less working.

Opinion
As a doctor, I know too well why the minimum wage needs to rise
January 27, 2014 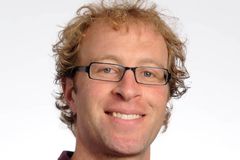