On the same day last week that Donald Trump got cheers for calling police "the most mistreated people in America," controversy-plagued Chicago authorities released another video showing a white police officer shooting a black teenager, Cedrick Chatman, who was brandishing an iPhone case (he was a suspect in a carjacking). That incident, from 2013, has added to the outrage over the death of 17-year-old Laquan McDonald, also caught on video, who was shot 16 times by officer Jason Van Dyke in October, 2014. (Mr. McDonald was armed with a knife.)

deadly force on young men, often black, suspected of crimes or seen as threatening. In Chicago, the issue has led to further allegations of police coverups, suppression of evidence and habits of collusion that extend to Mayor Rahm Emanuel, who has ignored calls to resign.

Statistics from Chicago's 12,000-strong police force show that 97 per cent of the 28,500 citizen complaints lodged between 2011 and 2015 resulted in no disciplinary action. Especially in jurisdictions with non-transparent internal-affairs mechanisms or biased grand-jury systems, securing a punishable outcome is next to impossible.

If that pattern is now a standard feature of the mediascape, so is the response. Mr. Trump's statement, while clearly false on its face – has he ever visited a tomato farm or a Walmart? – nevertheless captures a widespread sentiment that most law-enforcement officers perform a dangerous job with fairness and honesty. Misconduct cases are limited to less than 1 per cent of the estimated 900,000 sworn law-enforcement agents in the United States. Most never fire their weapons in the course of duty. Meanwhile, two officers were recently shot and killed, in Pennsylvania and Utah.

Beyond the usual hand-wringing about the mutual, often racial hostility between police and citizens, there lies a deep question: Who are the police, anyway?

At least as early as Plato's Republic, there have been worries about the loyalty and motivation of those wielding state-sanctioned force. The proposed solution there, that war-like "auxiliaries" should be guided by wisdom-loving rulers, has not laid to rest a concern so basic that it boasts its own familiar Latin tag, from Juvenal's Satires: quis custodiet ipsos custodes? Who guards the guardians?

Both Plato and Juvenal – not to mention the Justice League of America – extended their concern to all power-holders, not just cops. Nevertheless, armed police are the sharp point of the state-power spear. The word "police" itself references the idea of the city and public order; the badge and sidearm are the shield and sword keeping us all in line.

Some people think the very existence of a police force is evidence of an unjust society. Others remind us that police don't have to fire their weapons for their power to operate. We internalize the surveillance they embody, Michel Foucault suggests, policing ourselves; or we hollow out our own agency and individuality in the presence of what Louis Althusser labelled "interpellation" – the call of implied accusation in the "Hey, you there!" sounded by an armed functionary.

Obviously, not every constable is likely to analyze the problem in precisely these terms . But they should allso understand the basic issue. After all, they are citizens too, not members of some exalted caste or untouchable band of brothers.

Security is a social value, and so long as capitalism reigns dominant in our scheme of life, so is private property. But these facts do not generate a free pass to the government-employed armed people in our midst – never mind all the other people walking around armed.

You can have a just society with a police force, as long as democratic accountability and transparency trump secrecy and the cone of silence. Serious and violent-crime rates are falling consistently even as these high-profile shootings seem to get worse. A citizen police force, one better-versed in non-lethal options, is an essential part of that lawful order. As long as they remember who they work for.

Who guards the guardians? We do, of course. Who else?

Opinion
White America dons the shroud of guilt
May 15, 2018

Opinion
A trigger warning I can support: the one involving middle-aged white guys
May 16, 2018 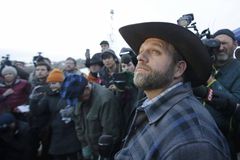