Missouri is not a red state. It's a purple state. For a century, when people wanted to know who would win the U.S. presidential election, they looked at Missouri. From 1904 through 2004, Missourians got it wrong only in 1956. In 2008, Barack Obama lost by a mere 3,900 votes. That day, my family voted alongside ecstatic African-Americans in St. Louis, drove to a restaurant in the rural countryside, and listened to a group of white men say they couldn't believe the [racial expletive] would be president.

That day, Missouri began to turn a little redder. And then Missouri started to bleed.

Missouri bled cash and it bled bodies. The economic crash hit right before Obama's election. Workers were laid off in droves, long-standing malls closed, and payday-loan outlets began to multiply. Some outlets combined pawn shops with gun shops, allowing Missourians to trade in their jewels for weapons. They wanted weapons because they felt afraid.

In 2014, that fear culminated in Ferguson, when the killing of an unarmed black teenager by police exposed racial strife and mass corruption. Journalists from outside Missouri flew to Ferguson and proclaimed it the "ghetto." They didn't realize Ferguson was, comparatively, one of the nicer suburbs in north St. Louis County. They did not know how far our standard of living had fallen, that basic functionality was considered a triumph over the decay that hit cities, suburbs and rural areas alike. Parts of the United States got an economic recovery. Missouri, like much of the Midwest, declined.

Missouri is a purple state – purple, like a bruise.

This year, no one cared what Missouri thought. The former bellwether state was polled only once until the week before the primary, when suddenly Missouri counted again. Donald Trump visited St. Louis, which became the first city where protesters seriously disrupted his rally and were beaten and arrested in return. Their efforts were scarcely noted as the media focused on his rally's shutdown in Chicago. Bill Clinton campaigned for Hillary at a labour hall near a fuming nuclear-waste site in Bridgeton, Mo., which locals have been begging the federal government to fix. He didn't acknowledge its existence.

Missourians are treated like subordinate statistics. We count when politicians literally need to count us, while citizens learn again they can't count on politicians to care.

The story of the Midwest remains largely untold. All candidates court the Midwest by bemoaning its loss of industry, but one of the main industries it lost is media. The geographic concentration of national media in affluent, mostly coastal cities leaves the Midwest talking to itself. We ask each other questions, like how many people died from guns or prescription pills, or where all the jobs went, or when someone is going to notice, or whether if they notice, they will care. People care when the water turns toxic, like in Flint, Mich.; when the city goes bankrupt, like Detroit; or when there are mass protests over slain black men, like in Cleveland and Ferguson. But the everyday struggle is quietly mourned, rarely noted by a national figure until they want something.

Pundits like to say the heartland votes against its own interests. But how do you vote for your own interests when no national candidate seems interested? How do you make history when you are considered a footnote?

When conservative evangelical Ted Cruz swept the Plains states and Trump swept the south a few weeks ago, pundits posited that there are "two red Americas." In reality, there are dozens of red Americas, with extreme variations in demographics, values and religions, and dozens of blue Americas as well. In the Midwestern states that held primaries Tuesday night – Missouri, Illinois, Ohio – this complex sociocultural variation made the outcome hard to predict. Missouri and Illinois were nearly split between Clinton and Bernie Sanders, as was Missouri similarly between Cruz and Trump.

What holds all these Midwestern Americas together is, paradoxically, their sense of being undone. We share an economic landscape so bleak and jobless that its agony is the only consistent talking point between Democratic and Republican candidates. The Midwest, in decline for decades, suffers disproportionately. We get attention when there's a murder, a protest, an election.

And then the interest fades, the promises are broken, and the heartland remains as it was – heartbroken. 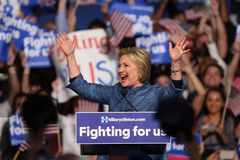 Opinion
Super Tuesday was a referendum on racism
March 2, 2016 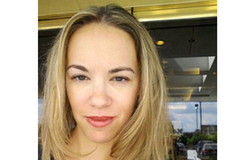