Folks laughed when Jason Kenney launched his unite-the right campaign in Alberta 15 months ago. He hopped out of a shiny pickup truck – painted Tory blue – and told reporters that he was going to visit every constituency in the province. "I figured my Dodge Ram would do a better job than a Prius," he joked.

A hundred thousand kilometres and 850 events later, no one is laughing anymore. He has achieved the near impossible: engineered a brand-new party from scratch, steamrollered his opponents and won the leadership by a decisive margin. Next stop: premier. Justin Trudeau isn't going to like it.

Nothing is certain in politics, of course. But it seems unlikely that Rachel Notley and the NDP can survive the Kenney juggernaut. Many Albertans are having buyer's remorse. Ms. Notley's efforts to win a social licence to build pipelines have fallen flat. If the Trans Mountain pipeline is still going nowhere by 2019, she'll be toast.

The NDP's best bet is to paint Mr. Kenney as a raving so-con who wants to hurt gay schoolchildren and generally drag Alberta back to its redneck past. As the legislature reconvenes this week, its first order of business is to make it illegal for schools to "out" students who join gay-straight alliances by telling their parents. (Mr. Kenney argues that teachers are in the best position to decide what and what not to tell parents about what their kids are up to in school.)

Mr. Kenney loves a fight. And the way he'll fight the NDP is by promising to take back Alberta for Albertans. That means waging war against Ottawa, Quebec, B.C. or anyone else who gets in the way. Albertans have a long history of bitter feelings – sometimes well-founded – against the eastern bastards, especially ones named Trudeau. (This resentment now extends to Prius-driving B.C.-ers.) Some people argue that Alberta is a more sophisticated place now, and that fanning regional resentments is an outdated strategy. Mr. Kenney is betting that they're wrong. He knows his best weapon is the economy, now plagued by deficits, higher taxes and a government that, in his view, has utterly failed the province.

If hard work makes a difference, he's a shoo-in. Mr. Kenney has the stamina of an ox and the tenacity of a bulldog. He is the hardest-working person anyone has ever met. As a cabinet minister in the Stephen Harper government, he was in the House four days a week, did 20 or 30 events on the weekend, then flew back on Sunday night and often went to the office. (His press aide once offered to arrange a coffee date with me – at 9 p.m. on a Saturday night. I'm ashamed to say I turned it down.) Now all he has to do is make his new party a functional reality, complete with a vision, a platform, a well-oiled machine, and candidates who aren't wacko.

In the eyes of many, Mr. Kenney is a brilliant politician. Like Ralph Klein, he has a populist's ability to connect with ordinary people and articulate what they're thinking. He's far more comfortable with Main Street than with Bay Street. Unlike Mr. Klein, he is personally abstemious, disciplined and focused, with a track record of getting things done. As immigration minister, he pushed through sweeping reforms that other politicians thought were too hot to handle. He set up the first refugee program to bring gay Iranians to Canada. "It's laughable to say he's homophobic," says one friend. He famously attended nearly every ethnic function in the country. On his watch, the federal Conservatives made huge voting inroads with ethnic voters.

So why do so many people loathe him?

Mostly it's because he is a middle-aged, slightly pudgy white man who is also a devout (Catholic) Christian with deeply held personal beliefs. In other words, he belongs to the most reviled demographic in Canada. Many people simply don't accept that he can keep his personal beliefs out of politics. He's vilified on social media, where his quite reasonable position that parents should generally know what's going on with their kids at school gets boiled down to "Jason wants to out little kids."

Other people point to his parochial background and sketchy education. He was raised in rural Saskatchewan, attended a Catholic college from which he didn't graduate, and never had a life outside politics. But friends describe him as extremely smart, knowledgeable and well-read, with an insatiable curiosity about the world. "He's not a bigoted person," says one. "He's a libertarian. He thinks people should be allowed to teach their kids what they want and that they should have the freedom to practise and teach their religion."

"We don't care in this party, what god you worship or who you love," Mr. Kenney said a few minutes after he was elected leader of the new United Conservative Party. If he can persuade voters that he means it, in 18 months' time he will become the most powerful and influential Conservative voice in Canada. Personally, I wouldn't bet against him. 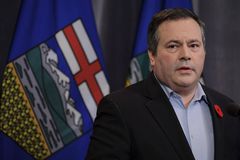 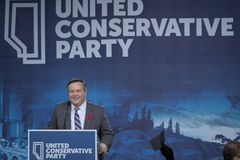