Emmett Macfarlane is a Political science professor, University of Waterloo.

As a parliamentary committee spends the summer examining electoral reform, the federal government has thus far resisted the idea of holding a referendum on the matter. The Minister of Democratic Institutions, Maryam Monsef, has dismissed the idea as "divisive" and argues that a referendum is not a good way to resolve complex matters.

Other critics have argued that Canadians are too uninformed to be able to make a decision for themselves. Some academics, meanwhile, warn about a "status quo bias," wherein people generally have an inclination toward favouring existing processes or institutions, thus reducing the odds that they would support change.

If these arguments seem compelling (and I do not find them to be), it is perhaps only because the case for a referendum has not been well articulated, at least beyond basic appeals to democratic consent and legitimacy that some advocates, including the federal Conservatives, have put forward.

There are several good reasons why there ought to be a referendum on electoral reform. The first issue is the nature of the government's mandate, in the form of an election promise, which critics of a referendum argue gives the government effective carte blanche. But note the specific promise the Liberals made: that 2015 would be the last election using the current first-past-the-post system, and that the government would consult on a new system. In effect, the Liberals have a clear mandate to pursue electoral reform but they do not have a mandate to enact any specific system.

The promise of consultation is interesting because it does not necessarily imply a referendum. However, given the very arguments that critics of first-past-the-post make about governments in Canada gaining 100 per cent of the power after receiving only 40 per cent of the vote, it would be deeply ironic for the government to change the electoral system without first making sure that a majority of Canadians do not prefer the status quo. Some commentators note that other parties also supported electoral reform, and while this is true, nothing about the 2015 election can be taken to presume support of any particular electoral system by the general public.

But isn't this an issue that should be decided by Parliament? Yes and no. There is no doubt that Parliament should be engaged in different forms of consultation – as the committee is doing, for example – to analyze issues relating to electoral reform and consider alternatives. But the democratic legitimacy of any change might be called into question without a referendum, particularly if there is not all-party support for a new system. A perception that parties are using electoral reform to their own advantage, for example, would only raise further issues for the public's general trust of the system. (I am not one of those who believes particular changes necessarily benefit particular parties – for one thing, parties will adjust their behaviour depending on which system is in place.)

Another reason for a referendum is that electoral change likely counts as constitutional change. The Supreme Court has articulated an approach to the amending formula that suggests any essential features of our central institutions are part of the "constitutional architecture." Parliament is still free to enact electoral reform without provincial consent, but doing so would count as a constitutional amendment.

Even if we put aside the constitutional question, there is little doubt that electoral reform would be a change of a fundamental nature unlike other ordinary legislative changes. Because it would change the composition of the House, it would at least indirectly affect all other laws passed by Parliament. This gives it a heightened importance beyond ordinary legislation.

Another argument in favour of a referendum is precedent. Jurisdictions similar to Canada – including New Zealand and Britain, as well as Ontario, British Columbia, and PEI – have held votes to obtain public consent before changing their electoral system. New Zealand's process is particularly illustrative, as it required multistage votes. Despite this hurdle, the public overwhelmingly supported reform.

This latter example only underscores the vacuous nature of the "Canadians are too uninformed" argument against a referendum. Beneath every objection to a referendum seems to be lurking the fear that Canadians simply won't vote the way reform advocates want.

This speaks much more clearly as to why a referendum is needed, rather than the opposite. With a clear question and a proper information campaign, Canadians should be trusted to pass judgment on the most fundamental process linking them to the state.

Opinion
Why Canada’s top court should weigh in on electoral reform
July 22, 2016 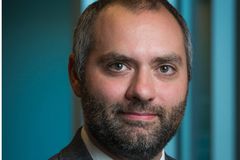 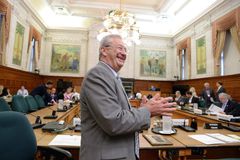 You wanna be consulted on electoral reform? Go consult yourself
July 10, 2016