Sulemaan Ahmed is a digital educator and freelance writer in Toronto

It's New Year's Eve and our six-year-old son is teeming with excitement to go watch his beloved Montreal Canadiens play in the NHL Winter Classic.

Before he can board the flight from Halifax, he must wait to be cleared to fly by Air Canada. He was flagged on the Canadian no-fly list.

Having experienced this same scenario numerous times since Adam was six weeks old, we tweeted asking Air Canada why our six-year-old Canadian-born child was on the DHP ("deemed high-profile") no-fly list. We attached a photo taken two weeks before of a check-in agent's screen while she was making the call to security.

We had no idea that one tiny tweet would generate national attention and inquiries from international media. That attention and support from Canadians galvanized us as we set off on a six-month journey to uncover the truth.

Rather than be a victim, my wife Khadija replied to other parents who bravely came forward despite their fear of stigma. If a child is on a security list, there must be a reason, right? The other families gave us the courage from strength in numbers.

In six months, the No Fly List Kids (NFLK) movement grew to 44 Canadian children and their names were provided directly to Public Safety Minister Ralph Goodale.

These 44 children are the tip of the iceberg and are not just brown, Arab or Muslim kids. The No Fly List Kids come from English, French, Irish, Jewish and Chinese backgrounds too. The variety is reflective of Canada so it didn't surprise us that one child has a parent on a deployment with the Canadian Armed Forces. Another child (with a Nexus card) has a parent who is a pilot for a Canadian airline.

All of this is because the Canadian PPP (Passenger Protect Program) no-fly list is compiled strictly according to the sound and spelling of your name. There are no unique identifiers such as date of birth, passport number and/or social security numbers. Despite Mr. Goodale emphasizing on Jan. 7 that airlines were to refrain from screening Canadian children under the age of 18, Canadian airlines continued doing it for months and still are today. An Air Canada employee who wished to remain anonymous confirmed this to the CBC six weeks ago.

We later learned that the capriciousness of the no-fly list hasn't changed one bit when our son was flagged again in March on a domestic flight to Edmonton. That was three weeks after receiving a redress number from the U.S. Department of Homeland Security. This is how we discovered the problem was made in Canada.

Those officials who created and now manage the Canadian no-fly list designed it in a flawed manner without the ability to be interactive or clear false positives electronically in advance. I say this as someone who proudly worked for four years as a flight attendant with Air Canada, completed a masters of computer science and worked for years in e-commerce with companies such as Apple. Having served on the aviation front lines, I understand the need for safety and security in Canada. But when you have children, much less Canadian veterans telling you their fellow Legion Hall members are also on the no-fly list, that is an outrage.

Some friends teased that Adam deserved to be on the list as a Habs fan. Perhaps a long-suffering Leafs fan put him there? Others said: "It's just a five-minute delay, so quit whining." But when our son was 18 months old during a family vacation to Mexico, border officials confiscated our passports for 30 minutes with no explanation. That was a stressful situation especially when taking place in a foreign country. Which Canadian parent wants their child to turn 18 years old and remain on a security watch list as an adult?

Air Canada suggested using an Aeroplan number. The problem is that Adam and other No Fly List Kids have had them for years and it doesn't always work.

We want the federal government to do three things:

First, immediately remove all Canadian children from the no-fly list.

Third, oversee all Canadian airlines that run no-fly lists just in case that maintaining an up-to-date no- fly list is frowned upon as an unnecessary "cost-centre" by airline executives.

Three weeks ago, Public Safety Canada announced the creation of the PPIO (Passenger Protect Information Office). It's noteworthy that this federal government took faster action in six months than the previous one in six years.

We're cautiously optimistic, as Mr. Goodale has personally committed to creating a permanent solution in 18 months' time. That is a goal worth celebrating – even if you're not a Habs fan. 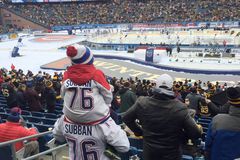 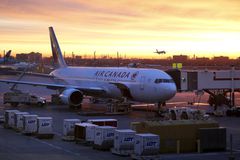 Markham, Ont., boy, 6, still running afoul of Canada's no-fly list, mother says
March 5, 2016
Follow us on Twitter @globedebate Opens in a new window
Report an error
Due to technical reasons, we have temporarily removed commenting from our articles. We hope to have this fixed soon. Thank you for your patience. If you are looking to give feedback on our new site, please send it along to feedback@globeandmail.com. If you want to write a letter to the editor, please forward to letters@globeandmail.com.
Comments