A few months ago, a Harvard senior named Reina Gattuso wrote a column in the school newspaper. It described her crummy night of drunken sex with a couple of men she didn't know. "I have so much to drink my memory becomes dark water," she wrote. She freely admitted that she consented. Enthusiastically. And that was the problem. She thought she would enjoy it, but instead she just felt rotten!

Most people might conclude from this experience that random sex with drunken strangers is a poor idea, and Ms. Gattuso really should not try that again. Old-fashioned moralists might even call such behaviour tawdry, degrading and sluttish. Not Ms. Gattuso. And not Rebecca Traister, the New York Magazine writer who wrote about it. To them, the moral of the story is that the world is awash in bad consensual sex. This is due to the persistent power imbalances between women and men. Until we fix this, women cannot be sexually happy. As Ms. Traister argues, "The game is rigged."

Ironically, today's feminists are serious about consent but casual about sex. And to their shock, they've discovered that there's an awful lot of bad sex out there. They did not expect this. They've been told they are supposed to be having a super-positive sex life – unconflicted, joyous, casual and abundant. They've been told they should be able to have as many partners and initiate sex just as often as men do. And they've tried that. And it hasn't worked out very well. Instead of feeling super-positive, they feel sexually dissatisfied, emotionally disconnected and more than a little used.

The surprise is that so many young women are surprised by this. Haven't they watched Girls?

The trouble isn't men, of course. Nor is it the culture. The trouble is that these women have been sold a lie. They've been told that the profound sexual and behavioural differences between men and women are merely matters of individual preference, which would largely dissolve if we ever managed to shed our noxious cultural baggage.

Nothing could be further from the truth, of course. These differences are to a great extent hard-wired. Female sexual desire can be as powerful and urgent as men's. But most women are only able to have good sex with men they feel connected to and trust; for most men, that's not the case. Most women really do not want sex unless it might lead to commitment. Men really do not want to invest a lot of time in women unless it leads to sex. And so it goes. Women's best reproductive strategy is to be selective. Men's best reproductive strategy is to be promiscuous. As Woody Allen once wrote: "Sex without love is an empty experience … But as empty experiences go, it's one of the best."

Eventually men will bond with you, of course, and everything will change, and they will be willing, even eager, to faithfully protect you and your babies. But until that happens you really can't expect much from them.

I know all of this is a cliché. But it's also true. Unfortunately, the emotional, behavioural, hormonal and biochemical differences between the sexes are not taught in sex ed or gender-studies courses because the truth is considered so reactionary. Some people also consider it monstrously unfair to women. Sadly, much in life is unfair. Men can pee standing up. But what can you do?

Many of us learned this stuff the hard way, at the dawn of the feminist revolution. The 1970s were paradise for men. They told us that if we didn't sleep with them we must be unliberated and sexually uptight. I can't tell you how many women swallowed this cow manure before we smartened up.

But now, young women are peddling this manure to themselves. In a world that's already disturbingly oversexualized, they insist that sexual display and promiscuity (dare I use that word?) are synonymous with female empowerment.

These days, in fact, sexual restraint is a sign that something must be wrong with you. Last week, a young woman named Ali Rachel Pearl confessed in an essay in The New York Times that she hadn't had sex for two whole years. She can't really explain why. There was a guy who broke her heart, and so on. It turns out that this strange condition even has a name – "secondary abstinence." As she tells it, her friends are aghast. "How can you go so long?" they ask. "Get rid of your hang-ups." "Be more open." "Stop being afraid." They all feel sorry for her.

It's so old-fashioned – this bizarre notion that maybe you should feel some attachment to the person you are sleeping with. Too old-fashioned for our most progressive and enlightened young women, who, I'm afraid, are in for a world of unnecessary hurt. If only feminists would smarten up about sex, our daughters – and our sons – would be a lot better off.

Chrissie Hynde on artistic expression and the sexual revolution
October 23, 2015 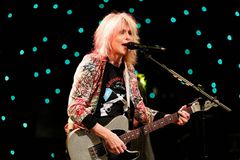 The sex myth: Why you shouldn’t assume everyone is having better sex than you
September 24, 2015 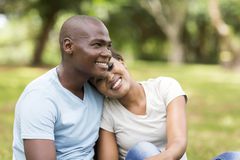