Don LePan, CEO and founder of Broadview Press, has long been active with publishers' and authors' groups on copyright issues. His second novel, Rising Stories, will be published in August.

Randy Bachman asked recently, in a Globe and Mail commentary (Taking Care of the Canadian Music Business), why Canada's policy on the length of copyright protection has been to "lag behind, rather than lead." In the 1990s Europe increased the duration of copyright to 70 years from 50 years after an author's death; the United States and Australia soon followed suit. Canada has indeed been a laggard – but in this case, that is no bad thing.

Mr. Bachman argues that copyright protection allows creators to "make a living from their work" and "leave a legacy." Sure, but how long should a legacy last? Is the knowledge that royalties will flow to one's grandchildren and great-grandchildren really a strong motivator for creative artists? He confidently assumes there will be spoils to divide in the distant future. For creators such as Joni Mitchell or Margaret Atwood, it is likely that their work will remain in demand for generations to come. But for those whose reputations are even marginally less established, the future is far less promising.

I can attest to this from three angles. At Broadview Press, an important part of our publishing program (though not a very profitable one) is to bring back into print works that have been unavailable for an extended period. Setting aside the matter of royalties on these forgotten works, the job of tracing the copyright holders would be disincentive enough for the prospective publisher if the works still under copyright. A few moments on the Internet is enough to put you in touch with the estate of Bernard Shaw or Louis Armstrong. But with lesser-known writers, finding the copyright holder can be enormously time consuming and frustrating. Raising the barriers to reissuing work by forgotten writers of other eras would increase the likelihood that they will remain forgotten forever.

I also appreciate this situation as an author, and as literary executor for my father, Douglas LePan. During his lifetime, my father was a well-known author and poet, twice winning the Governor-General's Award. Within five years of his death in 1998, however, his books were out of print and he was less frequently anthologized. That situation has now largely been turned around – not least because it is easy to communicate with the estate, and because little or nothing is charged in copyright permission fees.

Far from wanting to extend copyright protection for his work (in this case, from 2048 to 2068), I would like to see it reduced. And I would like the same for my own work. If I were to die in 2040, at the age of 86, I see no reason why my 2009 work Animals: A Novel should be controlled by my descendants until 50 years after my death, let alone 70 years.

And if my father's (or my own) work enjoyed the same level of popularity as that of Joni Mitchell or Margaret Atwood, I would still have no concern about my grandchildren and great-grandchildren being shortchanged. Does anyone deserve a substantial income on the basis of their grandparent having been a hugely successful writer? Attitudes on such things are changing, and none too soon.

There are plenty of areas where the Canadian government should provide better copyright protection for living authors. Crucially, for example, it should end the confusion about how to interpret the "education" exception to copyright restrictions, under the cover of which authors are now routinely deprived of revenue when their work is distributed to students. 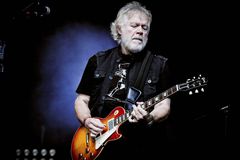 Despite an explosion of e-publishing, Writers’ Union survey finds incomes have dropped
May 29, 2015

Opinion
Two ways to halt the decline of authorship in Canada
November 6, 2014 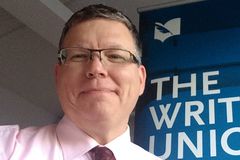