John Duffy is a principal at StrategyCorp. He has served as an advisor to Bob Rae and to prime minister Paul Martin

Move over, Bob Stanfield. For years, the thoughtful, statesmanlike PC leader has been eulogized as the great road-not-taken in Canadian politics. Today, with the close of his public career, Bob Rae can lay a new claim to the status of Best Prime Minister Canada Never Had.

The claim rests not only on the wistful reflections of his thousands of friends as to what might have been. It rests even more securely on the achievements of his 35-years in and out of public life. It is no exaggeration to say that every aspect of progressive politics and government in Canada has been touched, if not materially shaped, by this protean figure.

Mr. Rae transformed Ontario. His 1985-87 political accord with Liberal Premier David Peterson remains a model for managing a minority parliament in the broad public interest. Through this vehicle, Ontario underwent a kind of cultural revolution in public policy, enacting now-commonplace measures such as environmental regulation, pay equity, affordable housing, law reform and the protection of medicare. Under the accord, Ontario accelerated from the back of Confederation's pack to the forefront, and in so doing helped transform Canada as a whole. Contemporary minority parliaments should take note.

Mr. Rae was given the chance to complete that transformation, with his star-crossed government of 1990-95. The combination of tax hikes and spending cuts he backed into proved as unpopular then as similar austerity measures are proving in today's world. However, Mr. Rae's strategies for dealing with the full force of globalization in a deep recession are still remembered in the communities he saved from literal destitution. Along the way, he acquired business networks and economic acumen that remain astonishing to this day – that is, to those who don't really know Bob Rae and what it is to be a Premier of Ontario.

As premier, Mr. Rae rose to the paramount challenge of the day in Canadian public policy, the Constitutional crisis that followed the collapse of the Meech Lake Accord. He worked closely with prime minister Brian Mulroney, Quebec premier Robert Bourassa and other leaders to create room in which the existential threat to Canada could be contained. Premier Rae understood that the Constitution could not be a governments-only deal, and worked hard to forge consensus on the social dimensions of the Canadian federation. (His calling out of Jacques Parizeau's unacceptable referendum night speech was a further, memorable public note in a career filled with unusual sensitivity and quiet skill when it came to national unity.)

Mr. Rae's political gifts were put to good and progressive uses during the ten years that followed defeat in 1995. He grew to specialize in bridging chasms: Performers and management in the Toronto Symphony; Indo-Canadian victims' families and a slow-moving justice system with the Air India Inquiry; via the Forum of Federations and elsewhere, bringing together the parties in Sri Lanka's long-running conflict; working the byways of the intractable Middle East peace process; reconciling aboriginal Canadians, governments and others in the Burnt Church dispute; getting Liberals to co-operate with each other. In the worst disputes, Mr. Rae was there, always with good humour and his eyes fixed on the better angels of our nature.

During his final phase of public life, as a leader, then interim-leader of the Liberal Party of Canada, Mr. Rae's talents shone most brightly – the more so for the gathering darkness around the Grits. These abilities came into highest relief during the Liberal restructuring he led. There were days when the one force of stature standing between a great national institution and oblivion was Mr. Rae and his passion for what he termed "the resilience of the Liberal idea." His grasp of politics was total, from the sweep of Canadian and Western intellectual history in which he located the Liberal mission, to the in-riding organizational and financial realities on which he understood a future for the party had to be based. If the Liberals complete the comeback on which they are embarked, someone else will get the Win, but to Mr. Rae must be credited a Save.

Just before announcing he would not seek the party's permanent leadership, Mr. Rae outlined a prophetic vision for the future of Canadian politics at a speech in Toronto. The vision – delivered without notes of course – knit together familiar themes such as economic development and social justice with newer ones, such as environmental stewardship and "our rendezvous with aboriginal Canada." This tour de force, the product of a restless, searching intellect, points the way ahead for progressives of all stripes. It will doubtless play out for years to come in the future of forward-looking governance in Canada.

Bob Rae should look back with pride on what he has accomplished. And he will doubtless keep at it. What might have been done, with the power that eluded him, should give his many followers the inspiration to see his work through. 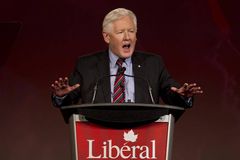 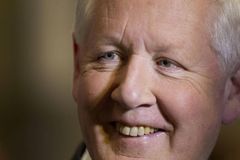