Eugene Lang is adjunct professor, School of Policy Studies, Queen's University, and Fellow, Canadian Global Affairs Institute. He served as chief of staff to two Ministers of Defence in the Chrétien and Martin governments.

"Most military advisers find it a very odd stance that Canadian politicians have taken, that we don't get on board with ballistic missile defence [BMD]," asserted retired chief of defence staff Tom Lawson in a recent interview.

But the Canadian decision to remain outside the U.S. BMD system – a position that has transcended four successive governments – is odd only if you think of BMD in a military, national security and foreign policy context. It is not odd at all if you consider BMD to be fundamentally a domestic political issue. And that has been the central reality around BMD in Canada for about 15 years.

Canada's first forays into BMD discussions with the United States began during the Jean Chrétien government. In those days, the military leadership in Ottawa was pressing the politicians hard, especially the defence minister, for Canada to sign on to BMD. What this meant in practice was never entirely clear, because Washington was going ahead with BMD with or without Canada. The United States did not need nor seem to want anything from Canada financially. Nor did they have designs on Canadian technology to build their system or Canadian territory to place it.

In Ottawa, BMD was presented to ministers by both military leaders and civilian national defence officials as a "no-brainer." It was a free insurance policy for Canada, offered up by the benevolent Americans. If we were part of the system, we got the benefits at no cost to Canadian taxpayers. If we were not part of the system, we would have no guarantees that the United States would use its system to shoot down a rogue missile headed toward Canada (few in Ottawa believed a state possessing a ballistic missile would ever intentionally target Canada).

At the time, the George W. Bush administration had some interest in Canada being a part of BMD. This was chiefly to ensure certain data collected by NORAD was available to the BMD operators, requiring Canada's consent. There were also suggestions that some Bush administration officials desired Canada's political support for what was a controversial system in many countries at that time.

In Ottawa, there were others – particularly some senior officials in the Department of Foreign Affairs – who were reticent or even hostile to Canada joining BMD. Their primary concern was the risk that BMD would lead to "the weaponization of space," allegedly the last truly peaceful domain that needed to be protected from the depredations of the United States.

But there was another much more powerful faction of BMD critics that emerged and grew in strength over time, particularly following the U.S.-led invasion of Iraq in early 2003. These were Members of Parliament in both the Liberal and NDP caucuses for whom the foreign and military policy and conduct of the Bush administration in Iraq, and eventually in Afghanistan, was anathema to Canadian interests and values. And by 2004, the Liberals, in a weak minority government position under Paul Martin and supported on confidence votes in Parliament by the NDP, were highly attuned to the concerns of MPs and public opinion generally. Opinion polls at the time indicated that among Canadians, George W. Bush was the most unpopular president in decades.

It is in this political cauldron that BMD got thrown. Canadian support for the program began to be seen by many politicians not as a national security issue for Canada, but rather as tacit, if not explicit, support for the foreign and military policy of a deeply and perhaps irretrievably unpopular administration in Washington. Canada joining BMD was never going to happen as long as George W. Bush, Dick Cheney and Donald Rumsfeld were in office.

The central lesson from this history is simple. If the U.S. president is popular in Canada – or at least not reviled – and U.S. foreign and military policy is not seen by large segments of the Canadian population as an affront – Canadian involvement in BMD should be achievable politically.

Meaning the most propitious time for Canada to sign onto BMD was during the tenures of Barack Obama and Stephen Harper. The Conservatives under Mr. Harper were supportive of BMD when in Opposition and claimed to be trying to bolster Canadian national security while in office. At the same time, polls showed that Mr. Obama had higher approval scores in Canada than most prime ministers ever achieve. But for whatever reason, the opportunity for Canada to sign onto BMD during that period was never seized. That is indeed odd.

Sadly, for the BMD proponents, things have changed for the worse south of the border. As long as Donald Trump is in office – the most divisive, erratic, rhetorically militaristic, if not frightening U.S. President in modern history – it is hard to see how the politics of BMD in Canada would work for any Canadian government. 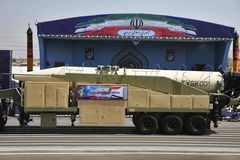