Larry Lynd is lead investigator of the CIHR New Emerging Team for Rare Diseases at the University of British Columbia. Peter Klein is a member of the research team and led a group of UBC journalism students who produced Million Dollar Meds, a Web portal about orphan drugs.

Feb. 29 is Rare Disease Day, which started two leap years ago to raise awareness about conditions that affect very few people. Many of these conditions are genetic and are often extremely debilitating or fatal. Fortunately, there are effective medications to treat some of these diseases. Unfortunately, the cost of some of these medications is exorbitant, since the market for them is so small. That leaves our society with some tough choices.

The premise of a socialized health-care system is that there is a fixed pool of resources, and those funds should be distributed as fairly and effectively as possible. When these expensive so-called orphan drugs clearly save lives or improve quality of life, provincial governments have usually been willing to pay, despite the cost. However, as orphan drugs are becoming a larger part of the pharmaceutical market, provinces and the federal government face an emerging dilemma.

Pharmaceutical companies used to rely on blockbuster drugs such as Lipitor and Viagra for their profits, but as the patents for these bestsellers expire, many companies are looking to the rare-disease market for future growth. Because there are so few patients for these treatments, governments have set up incentives to encourage the development of these drugs. Technological advances are allowing even more effective drugs to be developed for rare diseases and, as a result, orphan drugs have turned into a global growth market, worth $100-billion (U.S.) this year and projected to account for close to 20 per cent of branded drug sales by 2020.

As with any company with a responsibility to its shareholders, drug makers charge as much as they can, and they market their products as best they can. It is not uncommon for companies to offer these expensive drugs for free for a few months, and once a patient is starting to improve, they leave it to provincial health authorities or private insurance companies to take over. Companies have been known to hire patients and their families to engage in advocacy for drug coverage, lobbying health ministries to cover the cost of these expensive medications.

Each province makes its own coverage decisions, so a patient with a rare disease in one part of Canada may receive medication, while in a neighbouring province the patient might not. This leads to a situation that is contrary to the spirit of universal health care. Because each province has to negotiate the price of medications individually with drug companies, they have little leverage to push the price down; as a result, Canadians pay more than many other countries for these drugs.

Last month, provincial health ministers met about a proposed national drug plan that would allow them to negotiate lower prices, and they have pledged to make access to these treatments more equitable. In 2010, they established the Pan-Canadian Pharmaceutical Alliance in which one province negotiates the price of a specific drug for all provinces.

The federal Patented Medicines Price Review Board is responsible for regulating drug prices, but it has struggled with addressing the skyrocketing price of orphan drugs. Most recently, it is battling Alexion, the maker of Soliris, which, at an annual cost of up to $700,000 (Canadian) for a single patient, is one of the most expensive drugs in Canada. The board wants the company to lower the price of the drug and to pay back price overages, but the company has so far refused.

Many patients with rare conditions see access to these orphan drugs as a right, no matter what the cost. Based on studies our team conducted, however, the public disagrees. Rarity of disease in itself does not justify coverage for most Canadians, nor does it for government payers. If treatments are effective, and they are priced reasonably, we can and should cover the cost of these drugs. But with orphan drugs becoming an increasing part of health-care spending, we have to come up with strategies to keep costs in check while allowing access for patients – or risk eroding the health care that is promised to all Canadians. 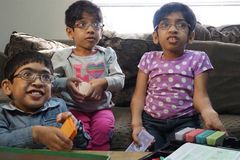