It was as a practising physician, not as Health Minister, that I first realized our country's need for a national pharmacare program.

In treating my patients, I became acutely aware that some of them wouldn't fully benefit from universal health coverage in our country. Why? Because with every reach into my sample drawer, I knew there was a struggling mom who wouldn't fill her child's prescription because she simply couldn't afford it.

The fact that some families are forced to make such decisions is beyond troubling. It's also not the norm among our peers: Canada remains the only industrialized country with universal health insurance but no national pharmacare policy for its citizens.

How real is this gap in coverage? The most comprehensive study estimates one in ten Canadians can't fill their prescriptions because of the cost. And the financial burden of paying for prescription drugs is shared, as almost a fifth of Canadian spending is 'out-of-pocket'. Just as access to a family doctor or emergency department is crucial, access to drugs is essential for a truly responsive and sustainable health care system.

And while we need drug coverage to see better performance in our health system, pharmacare also speaks to the Canadian values of fairness and equity. This is why I raised the need for such a national program at this month's Health Ministers meeting with every province and territory at the table – and we can do more as a nation.

Over the past several years, Ontario and the other provinces and territories have embarked on a successful joint initiative to improve access to drugs. Together, we've created a pan-Canadian cancer drug review process to ensure equitable access to new medications. We've also made significant progress in getting better prices for new, life-saving drugs by negotiating as a bulk buyer with drug companies through the Pan-Canadian Pharmaceutical Alliance – an initiative that will now have a permanent office hosted in Ontario through our ministry.

All of this has made sound economic sense as we address the high costs of prescription drugs in our country. Right now, despite our best efforts, Canada and the provincial/territorial governments pay more for medications than most other Western countries. To help frame the inflated prices we pay, there may be no better analogy than asking yourself if you'd pay $60 bucks for a cup of coffee at Tim Horton's? We'd certainly all scoff at that number, but compared to other countries, this is the value gap Canadians face when it comes to drug prices.

As this will require a collective effort, I was heartened by federal Health Minister Rona Ambrose's commitment at this month's meeting to initiate discussions regarding the possibility of a national pharmacare program. Ontario has been asked to lead these discussions, and I am determined to continue the conversation. But we need our partners in Ottawa.

The federal government needs to join the provinces and territories by committing itself to a national pharmacare program that would provide access to prescription drugs for all Canadians. A recently released report, A Roadmap to a Rational Pharmacare Policy in Canada, figures that such a national approach would lead to potential savings of up to $11.4-billion every year. In addition to the economic benefits, pharmacare would help ensure access to essential prescribed medications, particularly for those who are most in need and least able to pay. It is the natural next step in the evolution of Canada's most revered symbol – universal health care.

What better way to celebrate Canada's 150th birthday in 2017 than by delivering better access to prescription drugs through a national pharmacare program. Ontario is ready to take a leading role in making this a reality. 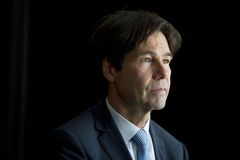