"Rocket Man" has done it again. Each time North Korea's Kim Jong-un improves his missile projection capacity, the potential increases that a missile intended for the United States will accidentally land in Canada. The Trudeau government needs to reconsider ballistic missile defence (BMD) as a shield to protect Canadians against this growing threat.

The government dodged consideration of BMD in its defence policy review last June. It got a perfunctory single line: "Canada's policy with respect to participation in ballistic missile defence has not changed." It meant that the policy of the Paul Martin government that was continued under Stephen Harper – a polite decline – remains in effect.

There is a reference in the defence review to discussing with the U.S. government the defence of North America against "all perils." This should be sufficient cover to review its June decision.

When the Martin government considered BMD in 2005, the answers to three critical questions were deemed inadequate:

These are still good questions. The current government should get these answers and share them with Canadians. It should begin by looking at the useful work done by the Senate national defence committee. It has twice examined BMD. Its June, 2014, report unanimously recommended that Canada participate in BMD. The witnesses supporting this recommendation included two former Liberal defence ministers, Bill Graham and David Pratt. More recently, retired general Roméo Dallaire added his support for BMD.

This week's test is further evidence of North Korea's improved capacity to project a warhead by ballistic missile across continents. As U.S. President George W. Bush reportedly asked Mr. Harper in 2006, what happens if a North Korean missile aimed at Los Angeles or Seattle winds up heading toward Calgary or Vancouver? Reconsideration was on the Harper government's agenda had it received a fourth term.

In testimony this fall to parliamentarians, NORAD Deputy Commander Pierre St-Amand, current ranking Canadian at Colorado Springs, said that "U.S. policy is not to defend Canada," although in the "heat of the moment" the U.S. could do so, "but that would be entirely a U.S. decision."

But that is no guarantee, since the U.S. system is limited in size and the North Korean ICBM force of uncertain number. Unless we are inside the system – and making a contribution – we have no assurances, even if the U.S. command would wish to protect a Canadian target that is remote from a U.S. asset (think Edmonton or Calgary).

Consideration of Canadian engagement on BMD should cover all possible initiatives beyond the simple positioning of anti-missile sites in Canada.

These would range from a government declaration acknowledging the missile threat to Canada; to allocating additional Canadian Forces resources to the North American Aerospace Defence Command; to equipping the Royal Canadian Navy with appropriate gear to detect missiles; to radar arrays in Canada; to writing a cheque to support research. It would also oblige more attention to security in Canada's North.

If we decide to participate, we do it because it serves Canadian interests and protects Canadians. We do not do it because we are doing the Americans a favour. On the contrary, the U.S. would be doing us a service, having made the initial, and ongoing, investments.

Asking now to be included would probably result in a "yes," but it would require the U.S. to make changes to a system in which they have invested billions of dollars. Donald Trump being Donald Trump, there would be a cost to Canada.

Canada has participated in NORAD's missile warning function for decades. Joining BMD would probably result in NORAD and the U.S. Northern Command taking responsibility for continental BMD defence. Bringing BMD into it would strengthen the binational institution that lies at the heart of the Canada-U.S. defence relationship.

Our European allies and Pacific partners employ BMD. It's time for Canada to reconsider it. Even if the shield is imperfect, we need this additional insurance policy should errant missiles come our way. 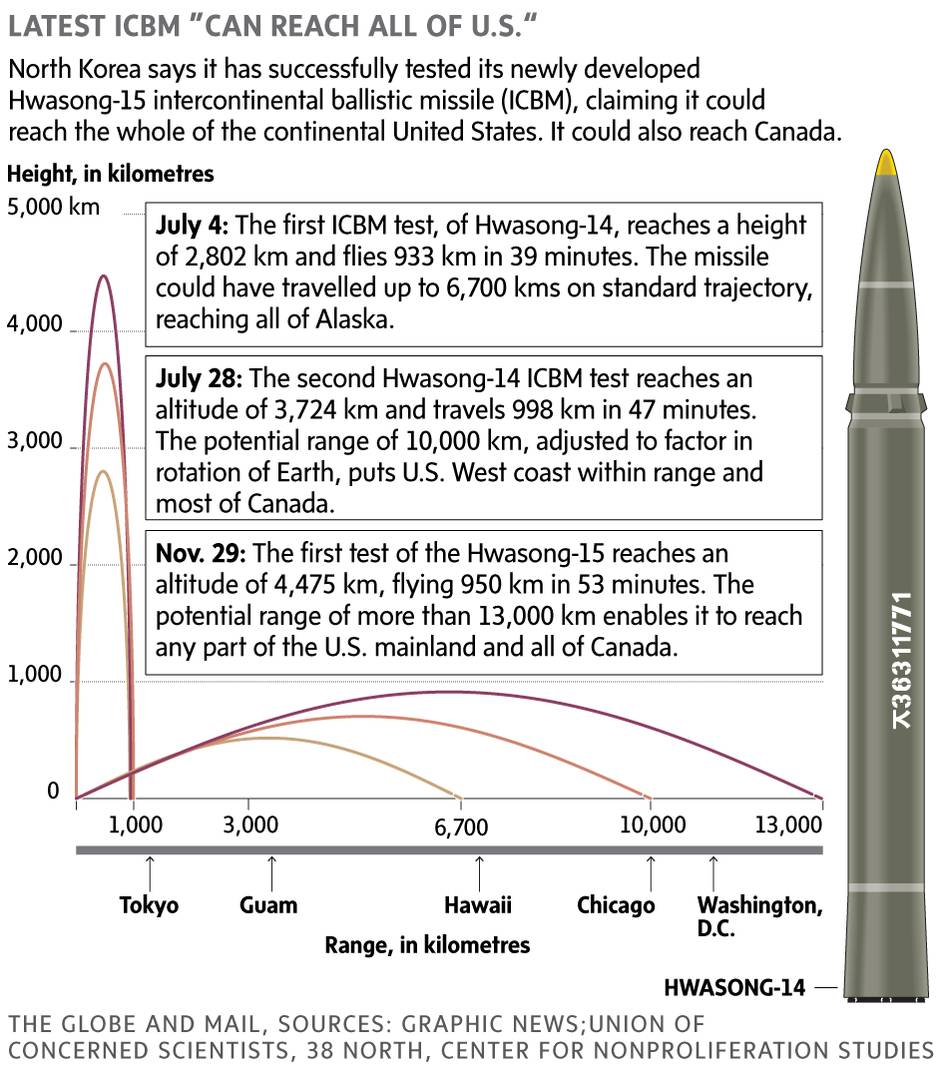 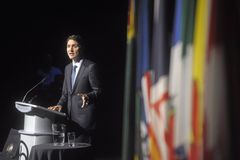 As North Korea missile threat grows, Canada to host foreign ministers
November 28, 2017
Follow us on Twitter @globedebate Opens in a new window
Report an error Editorial code of conduct
Due to technical reasons, we have temporarily removed commenting from our articles. We hope to have this fixed soon. Thank you for your patience. If you are looking to give feedback on our new site, please send it along to feedback@globeandmail.com. If you want to write a letter to the editor, please forward to letters@globeandmail.com.
Comments