Robert P. George is McCormick Professor of Jurisprudence and director of the James Madison Program in American Ideals and Institutions at Princeton University. Katrina Lantos Swett is chief executive officer of the Lantos Foundation for Human Rights and Justice.

In 2013, the Canadian government created a new office to promote the bedrock right of freedom of religion or belief as "a Canadian foreign policy priority." It appointed Andrew Bennett as head of the Office of Religious Freedom and Canada's new ambassador for religious freedom abroad.

Some now advocate for the closing of this office and folding it into a broader foreign policy portfolio. We believe this would be a mistake.

During our respective tenures chairing the United States Commission on International Religious Freedom (USCIRF), we had the pleasure of collaborating with Mr. Bennett and his office. We had a front-row seat as Canada became a voice for the voiceless who were persecuted for daring to follow their conscience. Abolishing his office would threaten this progress. Human rights abusers around the world would interpret it as a retreat from defending religious liberty and would feel emboldened to act with greater impunity. Closing its religious freedom office would signal, rightly or wrongly, that Canada is backing down from defending religious liberties.

More importantly, closing the office (whose mandate expires on March 31) would happen even as religious freedom is under unprecedented threat around the world. That's why many Western countries are increasing their engagement in religious freedom. The European Union has strong guidelines for its diplomats to promote freedom of religion or belief. Britain's foreign ministry and Parliament have increased their focus on international religious freedom, as have the Austrians, Dutch, Italians, Norwegians and Germans.

In 2014, USCIRF, along with parliamentarians from Canada, Britain, Brazil, Norway and Turkey, helped to launch the International Parliamentary Platform for Freedom of Religion or Belief at the Nobel Peace Center in Oslo. More than 30 MPs signed the Oslo Charter for Freedom of Religion or Belief, pledging to advance religious freedom for all. And officials from the foreign ministries of the U.S. and U.K., as well as Canada, began recently to co-ordinate joint démarches on problematic religious freedom violators.

This flurry of engagement is happening for good reason: Religious freedom conditions are deteriorating dramatically. According to a number of studies, at least three-quarters of the world's people live in countries that perpetrate or tolerate serious religious freedom abuses, ranging from the denial of permits to build houses of worship to the imprisonment, torture and murder of the persecuted.

Persecutors include secular tyrannies such as that of China, which persecutes religious adherents from Christians and Uighur Muslims to Tibetan Buddhists and Falun Gong; and North Korea, perhaps the most world's most repressive country. They also include theocratic states, such as Iran and Saudi Arabia, and violent groups, such as Boko Haram in Nigeria, Buddhist extremists in Myanmar, and the Islamic State group in Syria and Iraq (among other places).

Thanks in part to the existence of USCIRF, the U.S. House of Representatives recently gave unanimous approval to a resolution decrying the Islamic State's horrifying violence against Christians, Yazidis and other religious minorities as religiously motivated genocide. Others have also deemed it genocide, from Pope Francis to the European Parliament.

For humanitarian reasons alone, silence is no option in the face of those who violate religious freedoms. QBut there is a further reason for concern. Speaking in 2014 about the Middle East, Jean Benjamin Sleiman, the Archbishop of Baghdad, said: "I do not think Europe will be calm. This … does not stop at territorial boundaries." His words were prophetic: Five months later, in January, 2015, the same religious extremism that was plaguing his own country struck the office of the satirical Charlie Hebdo magazine and a kosher supermarket in Paris.

The lesson is clear. Standing up for religious freedom is not just a moral imperative but also a practical necessity for any country seeking to protect its security and that of its citizens. At such a time as this, Canada should not retreat from its leadership role in advancing this fundamental human right.

Religious freedom merits a permanent seat at the table of a great country's foreign policy. Canada has given freedom of conscience such a seat through its Office of Religious Freedoms. May it retain this critical seat so long as religious freedom is threatened anywhere in the world. 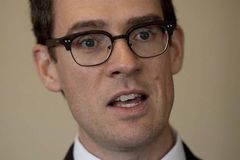 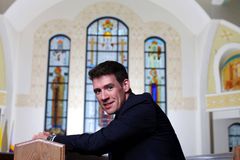