Shimon Koffler Fogel is CEO of the Centre for Israel and Jewish Affairs.

As the world's largest multilateral institution, founded to promote international peace, security, co-operation, and human rights, the United Nations is an important vehicle for achieving Canadian foreign-policy objectives. However, as Minister of Foreign Affairs Stéphane Dion recently acknowledged, despite its lofty goals, "the United Nations is not a perfect institution." These institutional flaws are perhaps most egregious when it comes to the UN Relief and Works Agency for Palestine Refugees in the Near East, commonly known as UNRWA.

UNRWA was established in 1949 to provide humanitarian assistance to both Arabs and Jews who had lost their homes and livelihoods in the 1948 Arab-Israeli war. Both populations were under UNRWA's care until Israel assumed responsibility for Jewish refugees in 1952, resettling them and bringing an end to their plight. The Arab refugees, then living under Egyptian or Jordanian occupation, or residing in neighbouring states like Lebanon and Syria, have continued to subsist on UNRWA support.

Initially conceived as a relief agency focused on integrating refugees into their host countries, UNRWA subsequently grew into an education, health and social service agency for approximately 750,000 Palestine refugees and their descendants in perpetuity. UNRWA's mandate does not seek a durable solution for Palestinian refugees, but rather persists and artificially sustains their dependency. It is the only UN agency that increases its refugee population, now in its fourth generation and totalling more than five million people, rather than seeking to bring an end to their vulnerability.

UNRWA is a counterproductive anachronism, especially when juxtaposed with the UN High Commissioner for Refugees (UNHCR), the agency responsible for all other refugee populations throughout the world. While the UNHCR's primary function is to safeguard refugee rights and secure their well-being, its "ultimate goal is to help find durable solutions that will allow them to rebuild their lives in dignity and peace." The UNHCR provides three solutions for refugees: "voluntary repatriation; local integration; or resettlement to a third country," helping millions of people to find safety and restart their lives. The contrast with UNRWA could not be starker.

This week, the federal government reiterated that it has not yet taken a decision on whether to restore Canadian funding to UNRWA, noting that "it is in our best interests as Canadians to look at all options on the table to see how we can best assist those in need in the region." Any objective assessment would find that the UNHCR is the most effective UN agency in this regard. Canadian support for its work aiding Syrian and Iraqi refugees is laudable and necessary. In addition to third country resettlement in Canada, helping to provide refugees with support on the ground in countries like Lebanon and Jordan is a crucial response to the crisis.

Contributing to a separate, parallel response exclusively for Palestinians would be just as inefficient and counterproductive in this context as it has been elsewhere. As former Liberal justice minister Irwin Cotler stated in 2014, "there is no reason why there should be one separate body dealing with Palestinian refugees where all other refugees in the world are under the jurisdiction of the United Nations Commissioner for Refugees, which is where the Palestinian refugees also belong."

Somewhat bizarrely, UNRWA continues to operate facilities for Palestinian refugees and their descendants in jurisdictions governed by the Palestinian Authority and Hamas in the West Bank and Gaza respectively. This duplication of services has produced negative outcomes for the development of a viable, independent and functioning Palestinian civil society. Furthermore, UNRWA employees and facilities have been implicated in fomenting anti-Israel and anti-Semitic incitement to violence and abetting terrorist activity, thereby contributing to and perpetuating a major obstacle to peace.

Canada's commitment to helping the Palestinian people with humanitarian aid and development assistance can have far greater impact if it is directed through the Representative Office of Canada in Ramallah rather than via the general budget of UNRWA. This is one of the representative office's core functions, which has resulted in significant, targeted contributions to the fundamental building blocks of functional state and civil society institutions in the West Bank. Moreover, exercising the kind of direct control that can only be achieved through Canada's representative office will ensure full accountability and transparency regarding the resources allocated for humanitarian purposes. This cannot be assured when funds are transferred to an agency like UNRWA, which has never had a strong reputation for proper fiscal management of the funds received from donor countries like Canada.

Assisting the most vulnerable members of Palestinian society is an important objective. The federal government should ensure that its efforts are results-focused and do not contribute to further entrenching the plight of those we wish to help or diminish the prospects for peace. As the government explores ways to maximize Canada's impact on the world stage, it is important that agencies like UNRWA are not funded blindly, and that our resources are instead allocated thoughtfully to most effectively achieve Canadian foreign policy objectives. 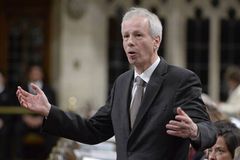 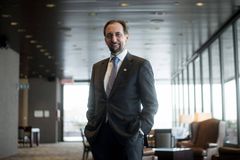