Canada's municipalities are in a tough position when it comes to pot. Faced with a previous federal government that had no interest in legalizing marijuana or modifying its obtuse mail-order medical-marijuana program, Toronto and Vancouver have swiftly become home to more than 250 dispensaries that operate outside the law, with more than 100 now open in Ontario's capital.

The rush to open more storefronts appears to be accelerating ahead of the federal government's pledge to introduce a legalization bill next spring, as wannabe entrepreneurs try to cash in before a potentially new regulatory regime comes into force. But cities facing pressure from citizens to crack down on the flourishing businesses are discovering they may lack the legal authority to do so.

In June, 2015, Vancouver city council passed a bylaw establishing a licensing process for the city's storefront pot shops. The bylaw sought to regulate everything from the minimum age of patrons to promotional displays to a buffer zone between schools. While some businesses have advanced to the next stage of review, no storefront has yet to receive a coveted full business licence, and all stores that did not advance were supposed to close by April 29. The next day, city officials there began ticketing some locations and threatened court-ordered shutdowns. There's no similar bylaw in Toronto targeting storefronts, though that hasn't stopped the city's chief municipal licensing investigator from suggesting that enforcement action would be taken.

However, our Constitution as passed in 1867 prescribed a federalist system of government that divided the power to enact laws between the levels of government. Under what's known as the doctrine of paramountcy, the Constitution dictates that the federal government has exclusive authority over certain matters, including criminal laws. That's not to say other levels of government can't levy conduct-curbing sanctions on businesses and individuals – cities do that all the time. But the moment they attempt to regulate something that is at its core a matter of criminal law, they are overstepping into the exclusive criminal-law power of the federal government.

Vancouver's city staff, cognizant of this hazard, drafted the bylaw's language with finesse so that it appears to comply with the division of powers. Instead of explicitly targeting businesses that sell marijuana, the bylaw purports to cover "retail business in which the use of marijuana for medicinal purposes is advocated." Similarly, there are no rules about the supply or quality of marijuana, and the ban on "edibles" that storefronts face is actually a blanket ban on foods that doesn't mention the substance. But even with the textual sleight of hand, Vancouver may not be in the clear.

In 2013, the Ontario Court of Justice invalidated multiple sections of bylaw in Vaughan that targetted "body rub parlours," finding that while the city had the general ability to regulate businesses within its boundaries, some of the bylaw's regulations were an attempt to regulate the morality of prostitution, which only the federal government can do.

Toronto officials have referenced an existing marijuana-related zoning bylaw dictating where Health Canada-approved licensed producers of federal mail-order medical marijuana can establish their facilities. While the federal government contemplated localized zoning bylaws for licensed producers, it never did the same with respect to outlaw dispensary storefronts. Any attempt at homemade enforcement could be beyond the city's legal authority.

Clearly, Vancouver and Toronto are one compelling court challenge away from having their hands tied by a judge.

What must happen next? Prime Minister Justin Trudeau should realize that the dispensary boom won't settle down on its own. Ottawa should immediately bring provinces and cities to the table, and temporarily devolve some of its power so that dispensary growth can be responsibly managed before more robust federal legislation is introduced. This also serves a secondary purpose of identifying and measuring the kinds of rules that work for our communities before imposing a nationwide regulatory regime. 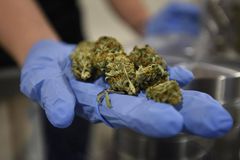 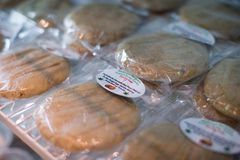 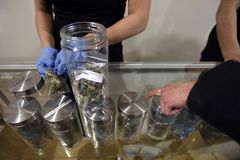 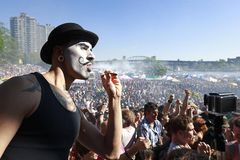