Marcel Boyer is the author of the recent C.D. Howe Institute publication "The Value of Copyrights in Recorded Music: Terrestrial Radio and Beyond."

Anyone who watched this year's Grammy Awards ceremony saw musicians calling for "fair pay across all platforms" through higher royalty rates, including radio and the Internet. Artists in Canada should be protesting too: The competitive value of recorded music is about 2.5 times greater than the current level of royalty payments.

Authors and composers (music publishers) and performers and makers (record labels) own the copyright for a set period on their musical works and recordings. The government-mandated Copyright Board of Canada hears the parties and sets the royalty rates. Anyone who uses their music then pays those rates to music makers. Rates are set through an amalgam of historical precedents, proxies, and opinions of experts and stakeholders.

The conflict is about how to set the value on the intellectual property rights of music creators, a difficult task at best. A wrong price would put at risk the profitability and development of the music industry as well as the livelihood of musical artists.

What's a better approach? The board should hone in on the market value of music in a core sector of the industry. It should then use the market value there as a proxy or reference point for other sectors and other uses.

The stations on your AM or FM dial are a good place to start. These radio stations aim to maximize their profit by choosing a particular genre of music and talk. They then allocate program time between music and talk to generate an audience advertisers wish to reach. Their behavior reveals the competitive value of music.

Radio stations maximize profit when the last minute of music and the last minute of talk have the same value in attracting advertising dollars. If not, operators would benefit from using more of one content and less of the other. A last-minute common value implies that the competitive market values of music and talk are proportional to their program time.

Music represents the majority of the program time. From that time share, and the revenues that radio stations earn, the board can estimate market-based royalty amounts. Using this method, royalties for FM and AM radio would have been $440-million in 2012, rather than the actual $178-million.

How should these royalties apply to Internet streaming services such as Pandora or Songza? The differences in technologies between terrestrial radio and Internet radio are significant. Terrestrial radio has high entry costs and can reach vast audiences at low incremental costs. But it is not easy to customize. Internet radio has low entry costs and offers great possibilities for customization. But reaching every customer has an incremental cost of using limited Internet bandwidth.

Those differences call for different copyright payment formulas. The royalty should be a percentage of revenues in terrestrial radio, but a per-play rate in Internet radio.

The copyright board should ensure a level playing field for competing radio technologies. The $440-million in total music royalties for terrestrial radio translates into about one-third of a cent per radio play. That may not sound like a lot, but becomes big money given the billions of music plays broadcasted per year.

The U.S. and Canadian Copyright Boards should change how they set royalty rates to better reflect competitive market values of music. That will mean artists and creators can get back to making music, and not lobbying for better pay.

Opinion
If the artists starve, we’ll all go hungry
January 19, 2015 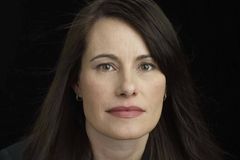