Here's a fact most Canadians probably don't know: Canadians live longer than people in the United States. Specifically, women in Canada live an average of 83 years, compared to 80 in the U.S.; men live more than 78 years on average compared to 75 in the United States. Why is this the case? There are clear links between mortality rates and the way countries invest in health care and improving social conditions.

Recently, we published a study in the American Journal of Public Health on the efficiency of health care systems at extending lives over the past two decades – and it's good news for Canadians. For every additional hundred dollars spent on health care in Canada, per capita, life expectancy was extended by nearly two months. The same expenditures were only associated with less than half a month of increased life expectancy in the United States.

The study assessed the gains in life expectancy from health spending in 27 countries, as well as across genders within each nation. After controlling for economic development, social expenditures, and behavior, we found significant differences in international levels of efficiency. Canada ranked 8th of 27 countries, while the U.S. came in at 22nd.

We actually know quite a lot about what makes Canadian health policy so effective. Population health approaches to improving social conditions, as well as public health prevention and health promotion measures taken across the country, have helped to reduce both chronic disease and acute illness.

In other words, it's not only how much money is spent, but how the money is spent that matters. And it's not only spending on health care that makes a large difference to health outcomes. In our study, a country's social investments contributed to significant increases in longevity.

Findings from a global review of research conducted by the World Health Organization underscore the importance of social determinants of health, demonstrating how social conditions – from access to education and income, to improved early childhood care and good working conditions – have a powerful effect on our health. Fortunately, federal, provincial and territorial policy makers across Canada have invested in much of what matters – from a social safety net to early childhood care, from parental leave to affordable university education.

So the Canadian portrait compares favourably to the American, but how does our health care investment compare to other developed nations in the study? Here, Canada falls short.

While Canada's life expectancy improvements have been far greater than that of the United States for the dollars invested, it has done only half as well as Germany. Other countries that performed more efficiently than Canada also include Switzerland, Italy, Austria, New Zealand, Denmark and France.

While Canada is far ahead of the U.S. in measures to promote population health, this work remains uneven and lags behind many competitors. Some provinces, like Quebec, have invested heavily in universal access to early childhood care while others provinces have done very little on this front. The same can be said for basic working conditions like job protected sick leave, which remains spotty across the country. Affordable housing has become scarce in most of Canada's urban centres.

Poverty rates in Canada, while lower than the U.S., have been on the rise – and poverty is one of the leading determinants of poor health.

If Canadians are going to continue to increase life expectancy, we'll need to invest in preventing disease and promoting health, while ensuring that we learn the most efficient ways to spend health care dollars for those who do become sick.

How much do we spend on health care in Canada and where does it go?
December 18, 2013
Opinion
More dollars for doctors won’t improve access to health care
December 17, 2013 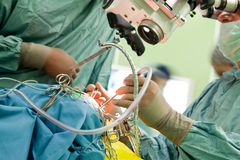 Why Quebec’s shift in home-care policy is important
December 16, 2013 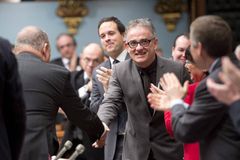