Canadians seem to watch in mild horror the crass partisanship and politicization that surrounds Supreme Court nominations in the United States. It's happening now as the death of Justice Antonin Scalia has U.S. politicians fighting over whether President Barack Obama should get to name another judge before he leaves office, likely tilting the court in a more liberal direction.

The U.S. system has its flaws, none more destructive than the political exploitation of the top court to mobilize the liberal and conservative extremes in the Democratic and Republican parties. But it's not all bad. Heightened political scrutiny means Americans are acutely aware of the role their Supreme Court plays in their democracy and, accordingly, pay due attention to it.

Contrast that with the indifference Canadians show toward our Supreme Court. While Mr. Obama faces relentless questions about whether a president in his final year has the legitimacy to make such a long-lasting appointment – even if it's clear that he has the legal authority – former prime minister Stephen Harper faced no sustained criticism when he named a Supreme Court judge days before launching an election campaign, one that resulted in him being turfed from office.

The July appointment of Justice Russell Brown, a committed conservative, could prove to be the most consequential of Mr. Harper's tenure, which says a lot considering that seven of the court's current judges were named by him. But outside of legal circles, the nomination hardly registered. It certainly wasn't an election issue.

Should it have been? There are those who argue that dragging the Supreme Court into our election campaigns would compromise its independence and sully its image. But it is the court itself that has thrust itself into our politics by virtue of its vastly enhanced policy-making powers in the Charter of Rights and Freedoms era. For starters, in the past two years alone, the court has struck down Canada's prostitution laws, reversing its own 1990 decision; extended aboriginal rights, making resource development subject to extended litigation; ruled one of Mr. Harper's nominees ineligible to sit on the court; quashed a minimum sentencing law; and struck down the Criminal Code ban on assisted death.

"One would be hard-pressed to find another actor in Canada who has had a greater impact on such a wide range of issues than the court has in the last year," the Ottawa-based Macdonald-Laurier Institute said in designating the Supreme Court as its Policy-Maker of the Year for 2014.

The court was every bit as active in 2015, although there was more dissent within its ranks, as former Harper legal adviser Benjamin Perrin notes in a review of the court's top 2015 decisions. When a majority of judges invoked hypothetical circumstances, rather than the facts in the case at hand, to strike down the mandatory minimum sentence for possessing a loaded prohibited firearm, three judges dissented, saying: "It is not for this court to frustrate the policy goals of our elected representatives based on questionable assumptions or loose conjecture."

Why isn't the court's role and composition a regular matter of political debate here? The Harper government tried that early on, but its motivations were always suspect in the eyes of its critics. Its moves to make the appointment process more transparent (by requiring, for instance, nominees to submit to a parliamentary hearing) were abandoned after its failed nomination of Marc Nadon degenerated into a political free-for-all that destroyed trust on all sides.

The Liberals promised a Supreme Court nominating process that is more "transparent, inclusive and accountable to Canadians." But other than vowing to name judges that are "functionally bilingual," their campaign undertakings were too vague to mean anything.

Barring a resignation or death, Prime Minister Justin Trudeau will likely make only one addition to the court during his first term, but one with major implications. Beverley McLachlin, Canada's longest-serving Chief Justice, will reach the mandatory retirement age of 75 in 2018. Mr. Trudeau will have to decide whether to elevate a judge already on the court to chief justice – the typical route that could involve promoting a Harper appointee – or going outside for a new top judge. Whatever he does, Canadians would do well to pay attention for a change.

Opinion
Scalia would have relished the coming constitutional battle
February 15, 2016 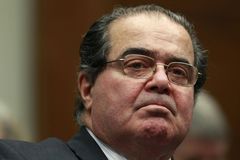 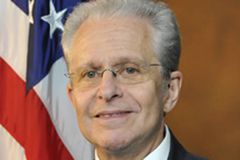