When Calgary city council decided to end water fluoridation in 2011, one outcome was clear: The number of cavities in children was going to go up.

Five years later, we have the hard evidence that the perfectly predictable has indeed come to pass.

A study published in the journal Community Dentistry and Oral Epidemiology shows that Grade 2 students in Calgary had an average of 3.8 more cavities in 2013-14 than they did in 2004-05. In Edmonton (which continued to fluoridate its water), during the same time period, the number of dental caries (or cavities) increased by 2.1, on average.

In other words, ending fluoridation is not the sole reason oral health has deteriorated, but it is a significant factor.

So, why did Calgary city councilors make a decision that has caused a lot of children unnecessary pain and that will cost their parents a good chunk of change in dental bills?

They essentially bought into the unscientific rantings and overblown fears of a small but loud minority of self-centered chemophobes.

There are four principal arguments raised by opponents of fluoridation:

– Fluoride is a "chemical" that is poisoning people;

– By putting fluoride in municipal water, people are being treated against their will;

– Adding fluoride is a waste of tax dollars because you can get fluoride elsewhere;

– There is a growing scientific "controversy" about the safety of fluoride.

None of these arguments hold any water (fluoridated or otherwise), but let's examine them anyhow.

Yes, fluoride is a poison – in the same way that salt is a poison. If you ingest too much of it, you can get sick and even die.

To get fluoride poisoning from tap water, you would have to drink a couple thousand litres of water without peeing – and if you did that, fluoride would be the least of your problems.

Adding fluoride to water is a cost-effective way of preventing one of the most common diseases on Earth – dental caries. People are being "forced" to ingest fluoride in the same way emission controls "force" them to breathe clean air.

The American Dental Association estimates that every $1 spent on fluoridation saves about $50 in the cost of dental treatment – a good return on investment.

It costs a little less than $1 a person to fluoridate municipal drinking water – about $750,000 in Calgary. Without question, the greatest beneficiaries are low-income children. Research shows that, for a variety of reasons – chief among them poor access to dental care and poor diets – these kids tend to have dismal oral health, including more cavities, that has life-long repercussions.

When it cut the fluoridation program, Calgary city council allocated the savings to an "anti-cavity program" aimed at poor children. About 3,000 kids were treated – an average cost of $250 per child – and only after they had cavities and were in pain.

The reason cavities are on the rise even in cities that do fluoridate water, like Edmonton, is that the number of families with dental insurance is falling, there are many new immigrants who have never had access to dental care or fluoridated water, and more people are drinking (non-fluoridated) bottled water.

The biggest myth is that there is growing "controversy" about fluoride. There is not. What there is is a trend by municipalities to reject fluoridation for non-scientific and conspiracy-driven reasons.

Today, fewer than 45 per cent of Canadians drink fluoridated water. In some provinces, like Quebec, fewer than 3 per cent of citizens have the benefits of fluoridation. (And it's not a coincidence that Quebec has the highest rate of dental caries.)

Alberta was once a leader, with 75 per cent of homes having access to fluoridated water but, in recent years, that number has plummeted by half.

When fluoridation was first introduced – about 60 years ago – the impact was immediate and dramatic. The public health measure reduced cavities by about 50 per cent. Today, the gap in dental caries between fluoridating and non-fluoridating communities is much less because of better access to dentists and the promotion of preventive measures such as brushing and flossing.

But the benefits of fluoridation still far outweigh the risks. Politicians – in Calgary and elsewhere – should grit their teeth and fluoridate, in the name of science and child health.

Opinion
Maybe, just maybe, fluoride is simply there to protect your teeth
February 19, 2016 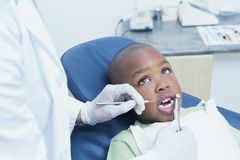 Open wide please: Alberta study suggests fluoridation of water cuts cavities
February 17, 2016
Follow André Picard on Twitter @picardonhealth
Report an error Editorial code of conduct
Due to technical reasons, we have temporarily removed commenting from our articles. We hope to have this fixed soon. Thank you for your patience. If you are looking to give feedback on our new site, please send it along to feedback@globeandmail.com. If you want to write a letter to the editor, please forward to letters@globeandmail.com.
Comments