Barry Kiefl is president of Canadian Media Research Inc., and a former director of research at CBC.

Would Netflix want to get into the newspaper business? I doubt it. Then, why is CBC so keen on competing with the print media with its online offerings? Is it breaking the law in doing so?

For more than 20 years CBC has offered an Internet website, cbc.ca, but in the past few years this effort has been accelerated. In its recently released strategic plan, called "A Space for Us All," CBC was coy about its plans to compete with print media. When it was pointed out on Twitter that the strategy said the CBC wanted to turn into a "public media company," the CBC first denied that this phrase was in the document and then tried to rationalize it.

The CBC strategy calls for TV/radio to be the lowest priorities and Internet and "mobile" services to be given the highest priority and predicts that by 2020 twice as many people, 18 million per month, will use CBC digital/mobile services.

Until a year or two ago CBC was open about its ambitions to compete with daily newspapers for readers. Here are some past statements by Hubert Lacroix, president of CBC, which show that his current strategy was developed as early as 2008:

"We must be a content company. Don't think of us...as simply a radio or television broadcaster."

"...we are now much more a content company than a broadcaster."

"That means offering audio, video and text content on multiple platforms... We are an integrated content company."

Stop the presses! CBC derives all its authority from the 1991 Broadcasting Act, which no where says CBC should be a content company. It should seek listeners and viewers by whatever means. But readers? The Act calls for CBC to operate licenced radio and TV services. By their nature some CBC Web-based services are not radio/TV and are unlicensed and, if they have a role (which they do in audio and video), should not be funded by taxpayers without their agreement. CBC is required by law to release data on the separated costs and revenues of its TV/radio services but has never released financial data on its digital services.

The president has made some promises about digital:

"To help us maintain our digital leadership and push forward, we will double our current level of digital investment to at least 5 per cent of our programming budget by 2015, which should represent about $70-million."

"We are committed to delivering you the strategic plan within our current budgets without asking for additional funding from the government. We will do that by shifting approximately 500 jobs from our traditional to our digital services..."

"We expect...$50-million in new revenues – doubling our digital revenue..."

All Web services, like cbc.ca, use monthly audience reach to tout their success. Monthly reach was developed to express the audiences to websites because if traffic were based on any shorter period, say a day or a week rather than a month –or if established metrics such as average minute audience, which account for frequency and duration of use, were employed – it would reveal how small the online audience really is. Using CBC data we can calculate that in an average minute of the day cbc.ca has roughly 3,000 users, a small fraction of the audience of CBC TV or CBC radio.

Yes, cbc.ca may reach a lot of different people but most only spend a few minutes with the site each month and therefore are of little value to advertisers. It is services like Facebook with a very large monthly reach and users who spend many hours per month on the service that interest advertisers.

Yet, analysis of CBC's and CRTC's financial reports reveals that expenditures on CBC Internet-based services may already exceed $100-million. Such services have sprung up like weeds, even as CBC's budgets grew tighter. The majority of these services have minimal audience and generate little, if any, revenue.

CBC claimed in its strategy that advertisers are migrating from TV to digital, i.e., Internet services, and declared that is where the (advertising) revenue is. Except the CBC analysis did not reveal that TV as a whole is still ranked number one in revenues. And CBC did not reveal that it is newspapers, not TV, that have truly lost ground to the Internet, the same newspapers CBC wants to compete with.

The reason cbc.ca gets any audience is that CBC viewers and listeners are invited hundreds of times daily to go to CBC's website; it is a promotional tool that newspapers would die for.

But it is unclear whether the Broadcasting Act permits CBC to operate such unlicensed services and whether CBC should use taxpayers' money to compete with newspapers.

Opinion
The CBC report is, shall we say, unwieldy in its use of jargon
June 28, 2014 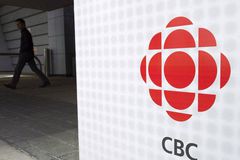 Opinion
The CBC’s a service, not a business
June 26, 2014
Opinion
Tough times at CBC call for new documentary vision, not a retreat
June 25, 2014 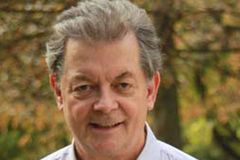