You're at a conference in Los Angeles or London or Davos. Someone asks where you're from, what it's like.

What do you say?

It's easy if you're from New York and Paris. For almost everyone else, the great mass of us who live in the striving mid-sized cities of the world, answering these questions is much more difficult. Why do you live there? Why do you stay?

We want something compelling to say, and feel. It's a spiritual problem, with economic consequences.

In 2013, the Edmonton region created 40 per cent of Canada's new jobs. But if you can't persuade great people to come live in Edmonton, it's rather an empty victory.

What most cities do, when they're facing an image and reputation problem, is hire an agency from a city where smart people with incredibly stylish eyeglasses live. And they fail, almost every time.

Austin and Las Vegas are recent exceptions, because their brands were built from the ground up, from a common "master story" that everyone in the community was already telling. It's more than marketing. If you know your story, you can make confident decisions that reinforce it.

Brand is a tricky word, especially for a complex city of a million people. But it isn't a logo and it isn't a slogan. Edmonton is one of a half-dozen places to call itself the City of Champions. It's one of many Festival Cities and River Cities. It's Gateway to the North, though I'm not sure anyone is meant to stay in a gateway. And it has toyed with cute, weather-related nonsense borrowed from Houston and Phoenix: It's Cooler Than You Think.

But like most slogans, mottos and taglines, none of these help when you're at that conference and someone asks why. Why? Why Edmonton?

In early 2012, we started uncovering a common story that Edmontonians were – at their best – already telling. It goes back thousands of years, to what First Nations leaders call a "great gathering place." The fort followed, and so did settlers who came for opportunity – not glamour or a Mediterranean climate.

Edmontonians created the first Mosque in Canada, as a community. They invented the food bank and the North American Fringe theatre movement the same way, with a few people, an idea and a lot of help. They built a new model for public education and a community league system. With that same spirit, they launched PCL, Stantec, The Running Room, Telus, Shaw, Ledcor and Bioware.

What is particularly Edmonton? In an isolated place, you invent your own fun and your own solutions. Risk-takers, people with ideas, thrive in a bizarrely co-operative city. Edmonton is a place without hierarchy. Five minutes and you're one of us.

Edmonton's brand strategy didn't begin with slogan-searching, or a focus group run by an agency from Stuttgart. It began with a community-building exercise, as almost everything else begins here. You'll see "Make Something Edmonton" take form as a campaign, in 2015, but there are already tangible examples of it all over the city, big and small, from schoolyard gardens to pretty lights on the High Level Bridge. As Mayor Don Iveson said in The Globe and Mail this week, this is a "post-slogan city." Edmonton isn't toothpaste. It's a city with a story to tell and to reinforce.

And it isn't for everyone. You'll see it in the comments section of the web version of this story. No city is for everyone.

But Edmonton carries an unusual promise for the right sorts of people. Edmontonians can answer "Why?" with a question of their own. Why haven't you done that thing you most want to do? There's a city that wants that from you.

Todd Babiak is co-founder of Story Engine, based in Edmonton and Vancouver. His latest novel, Come Barbarians, was a Globe and Mail best book and his eyeglasses are moderately stylish. 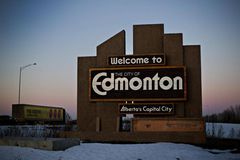 In hopes of renewal, Edmonton moves to drop ‘City of Champions’ motto
December 14, 2014 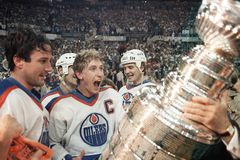