Right or wrong, the leaks of classified information by Edward Snowden and Chelsea Manning (formerly Bradley) shook things up. Some people look at what Mr. Snowden did and call him a traitor, others a modern day Daniel Ellsberg – a hero of free speech and democracy. The debate is highly polarized.

One thing most people can agree on is that, at a more abstract level, the very possibility of having whistleblowers is a good thing. When government actions are excessive, abusive, or just outright wrong, it is comforting to know there could be whistleblowers with the courage and opportunity to stand up and call a spade a spade. Free and democratic societies need the possibility of whistleblowers.

Unfortunately, Mr. Snowden and Ms. Manning might be the last whistleblowers of this generation – if not longer. Why, you might ask? The answer is simple: big data.

Big data is the aggregation of everything we do online. It includes everything we search for, view, chuckle at and share online. Big data also increasingly includes information collected by the Internet of Things (IoT), which tracks our movements, health and habits. Taking all this information together paints a tremendously accurate picture of what a person is like, where they go, who they associate with, and, most extraordinarily, what they are likely to do.

Herein lies the problem for the possibility of whistleblowing. As recently as 2014, employees and external contractors for the U.S. government who received "secret clearance" were subject to a reinvestigation every 10 years. Even those with "top-secret clearance" were investigated only every five years. Plenty can change within five years and even more in 10, including someone's willingness to keep government secrets.

Enter big data. When dealing with sensitive information, there is an obvious danger that those with top-secret clearance might become compromised by a foreign power and genuinely harm national security. Motivated by this danger and the recent betrayals by those with top-secret clearance, the U.S. government launched a new pilot program called the Automated Continuous Evaluation System. The program basically leverages the availability of big data and analytics to, as the name implies, continuously monitor and essentially predict if someone is likely to pose a threat to national security.

This program is cogently summarized in the Obama Administration's report on big data. The effect of the program is worth quoting at length:

The pilot examined a sample of 3,370 Army service members, civilian employees, and contractor personnel, and identified that 21.7 per cent of the tested population had previously unreported derogatory information that had developed since the last investigation [for security clearance]. For 99 individuals, the pilot surfaced serious financial, domestic abuse, drug abuse, or allegations of prostitution that resulted in the revocation or suspension of their clearances (Page 36).

Not bad. The program was definitely able to root out those whose suitability to hold security clearance had changed since they received authorization. This program could certainly help prevent tragic events like the 2013 shooting at the Washington Navy Yard or the shootings at Ford Hood by Major Nidal Hasan. I suspect it will be more widely adopted due to its obvious success.

What is the problem? Well, I worry that the odds that someone will simply wake up one day and snap over the abuses they see in their job at the DoD, CIA, or the NSA are pretty slim. Instead, I see a process where someone's opinion changes gradually, and then, eventually, a final straw breaks the proverbial camel's back. The trouble is that this slow shift will leave a digital trail that will be recorded, aggregated and analyzed by super computers in the era of big data. The odds are fairly good that someone will be pinpointed, placed under monitoring and potentially removed from their position before they can blow the whistle on an unjust activity with the right amount of proof to make it credible. So much for whistleblowing.

The sad reality is that big data, like most technologies, is neutral. It can be used for the needed function of improving the security clearance process, making programs more secure and ultimately saving lives. But, it can also be used to ferret out whistleblowers, and in so doing, limit one crucial element of a free, democratic society. 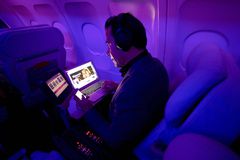 Opinion
Data collection should be based on principles of necessity
May 11, 2015