Bill Shankly, who worked down the coal mines of his small Scottish village before taking the reins of Liverpool Football Club in 1959, managed his team with a messianic intensity.

"Some people believe football is a matter of life and death," he said. "I can assure you it is much, much more important than that."

Life and death. That's the way it will feel over the next several weeks as the World Cup kicks off in Sao Paulo, Brazil, and more than three billion people fix the hopes of their nation on the bounce of a soccer ball.

It would be reasonable to cast these World Cup finals in darkness. Protesters who've taken to the streets in Sao Paulo and Rio de Janeiro say the money Brazil is spending on the World Cup – estimated at close to $15-billion – would be better put to use on social projects and improved housing. You don't need to live in a crumbling favela or feel the heat of burning tires to know there is some truth in that.

But the sport is greater than the troubles of one country with a stunted economy. "Football is a whole universe to itself," said Bob Marley, who always required access to a soccer pitch when he was on tour with the Wailers. "Football is freedom."

To watch the World Cup, the loftiest prize in sport, is to feel that freedom, to let the game grab you and engage all your emotions.

Get behind the World Cup and you become connected to your fellow citizens, whatever their country of origin. The Nigerian cab driver who declares, "You will lose, my friend. Three – nil," before adding inexplicably: "Write it down." The Italian workmate who insists his country's strategy isn't to hang back behind the ball and simply bore the opposition to death. The English pub landlord who sighs, plunks a pint down on the bar and states, "They'll blow it, again."

The World Cup is the great global leveller. It gives everyone something to talk about.

And while it's true that global marketing, multimillion-dollar sponsorships and television deals have eroded some of the game's heart and soul, I am not one of those England supporters who believes football was better in the 1980s, when tight silky tops, outrageous bubble perms and gang warfare characterized each match.

I remember my first time at an English football match – at Oxford United's Manor Ground in 1985. The thuggery, stupidity and violence inside the stadium of this sleepy cathedral town was not only out of place, it was staggering. Floods of racist abuse cascaded down from the terraces and for most of the match; I would rather have been just about anywhere else. As we headed to the train station at the end of the game, my friend and I found ourselves caught up in an ongoing melee. He took a smack to the head; I took a break from football for almost five years.

There were, and are, plenty of reasons to not like football. Within the following of many European clubs there is the capability for virulent racism, homophobia and terrific violence.

Glasgow's traditionally Catholic Celtic Football Club – the team my grandfather supported – is still entangled in the sectarianism that led to 30 years of bloody war in Northern Ireland. Members of my family who go to Celtic games are routinely subjected to songs that glorify their slaughter.

And yet the game has made enormous strides in the past 25 years.

Terraces, like the one on which we stood at The Manor, were torn down and replaced with seated stands following the 1989 Hillsborough stadium disaster, in which 96 Liverpool supporters died in a crush against the steel fences at the field's perimeter.

In fact, it was the Hillsborough tragedy – more precisely, the communal response to it – that brought me back to the game. The Sun newspaper, acting on false tips from police, accused Liverpool fans of attacking officers and even abusing victims as the disaster unfolded. Official inquests would completely exonerate the Liverpool fans at Hillsborough, but only after the families of the victims fought tirelessly for the truth. Battered by tragedy, vilified by a vindictive police force and a spiteful, ignorant press, the Hillsborough families showed astonishing grace.

"The authorities took on the wrong city if they thought they were going to get away with that," Roberto Martinez, the manager of Liverpool's fierce footballing rivals Everton, declared at the Hillsborough memorial service in April, after church bells had rung 96 times across the city. "I don't have to tell you that Everton are with you. You know that."

Those acts of human kindness that marked the 25th anniversary of the Hillsborough disaster were a reminder of just how well football can address larger issues, with all their joy and sorrows.

The motto of FC Barcelona is mas que en club – more than a club – and throughout its history, the team has defended the Catalan culture and language. At one time, the club was at the centre of the resistance to Francisco Franco's military dictatorship.

Didier Drogba, who will lead the Ivory Coast in Brazil, played a vital role in uniting his war-torn country when, after qualifying for the 2006 World Cup, he dropped to his knees on live television and begged both sides of the civil war to lay down their arms.

Brazil 2014 may not produce a history-altering moment like that. But as with any World Cup, it is sure to provide some treasure to carry with you through a lifetime: the inspiration of Cameroon's unlikely run at Italia '90; the sheer brilliance of watching Saudi Arabia's Saeed Al-Owairan skip past five defenders to score against the Belgians in 1994; the audacity, and desperation, of Zaire's Ilunga Mwepu booting the ball away before Brazil could take a free kick in 1974.

The World Cup is made of these moments – eternal, timeless moments that burn as blistering as a July night in Sao Paulo. 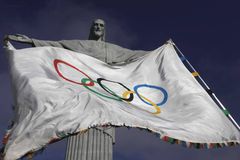 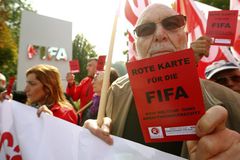