Last year was the safest ever for commercial aviation. That's according to a recent study of air accident statistics. The study's authors found that while there were some crashes during the year, those crashes mostly involved small propeller and cargo airplanes. The number of large passenger-ferrying jets that were lost? Zero.

Who deserves the credit has been a source of some speculation. Some point to technology. Others credit training. And Donald Trump recently credited himself. In a widely reported tweet, America's 45th President claimed that air safety had improved because he's been "very strict on commercial aviation."

The number of air accidents has dropped in recent years. The last fatal crash involving a North American-registered commercial passenger aircraft occurred in 2009. Canada experienced its last major commercial accident in 1998 when Swissair Flight 111 crashed off the coast of Nova Scotia. The last Canadian fatal commercial accident before that was in 1989.

Accidents today are clearly few and far between. But do fewer crashes mean air travel is safer than before? Is flying really as risk-free as we are told?

In 2001, an Air Transat jet made an emergency landing in the Azores in part because the pilot failed to realize the airplane was leaking fuel. A decade later, an Air Canada pilot mistook the planet Venus for another aircraft on a collision course. To prevent the imaginary accident, the pilot forced his airplane into a 400-feet dive over the Atlantic.

Years after that, a fatigued WestJet pilot admitted to nodding off at the controls. He was purportedly one of many. And most recently, a Sunwing pilot was found slumped over in the cockpit prior to a flight. The reason? A bottle of vodka the pilot had consumed before reporting for duty. He eventually pleaded guilty to being intoxicated on the job.

These incidents share one commonality: There were no fatalities. But can they really be considered safe? Current air accident statistics seemingly suggest so. A pilot can have judgment lapses, fall asleep at the controls or fly whilst intoxicated. But as long as the airplanes don't crash, industry execs can tout a perfect safety record. So can their government counterparts who often draw public ire following a crash.

The problem is both clear and concerning. Limiting our perception of safety to fatal crashes alone narrows our appraisal of risk. As security expert Frederic Lemieux notes, aviation from this perspective appears to be very safe. The reality, however, is very different.

Human errors that can jeopardize air safety continue to occur throughout the industry. For example, a recent survey found that more than 95 per cent of pilots admit to landing their airplane when conditions dictate they shouldn't. The survey – completed by 2,340 pilots worldwide – paints a worrying picture about the current and future state of air safety. Violating the rules has clearly become ingrained in airline culture because crashes are rare. At the same time, new recruits are watching their mentors flout those rules, emboldening them to eventually follow suit.

Addressing this issue means rethinking how air safety is measured. The International Air Transport Association, which represents nearly 300 airlines, agrees. IATA recently noted that "future safety gains will come increasingly from analyzing data from the more than 38 million flights that operate safely every year, rather than just the handful of flights where something goes wrong."

Doing so won't be easy however. Shifting focus away from accident statistics means digging up and analyzing personal work-force data. How often are cellphones used in the cockpit? How much of pilot fatigue is because of pilot commuting – the practice of living in one site and flying to another to start work? And how often do pilots abuse alcohol?

These questions are timely. But they are also sensitive. No organization wants its dirty laundry aired publicly, let alone major airlines worth billions. Yet this approach is what is needed to raise the air-safety bar. And that's what the travelling public should demand.

Editor’s note: An earlier version of this column did not specify that the Swissair Flight 111 crash was specifically the last commercial accident in Canada. (There was a more recent accident that was a charter flight.) This version has been updated to reflect the commercial specification.

Globe editorial: Airline safety and the benefits of failure
January 7, 2018 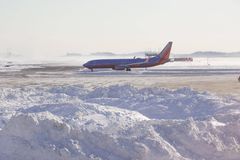 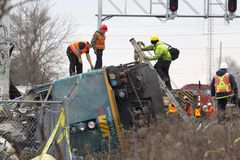 Globe editorial: Liberals’ airline rules will help passengers, but also cost them money
May 16, 2017
Follow us on Twitter @globedebate Opens in a new window
Report an error
Due to technical reasons, we have temporarily removed commenting from our articles. We hope to have this fixed soon. Thank you for your patience. If you are looking to give feedback on our new site, please send it along to feedback@globeandmail.com. If you want to write a letter to the editor, please forward to letters@globeandmail.com.
Comments are closed