First ministers meetings have fallen out of favour to the point of disappearance. Jean Chrétien hated them; so, apparently, does Stephen Harper. This week's premiers meetings show why.

What prime minister would want to sit with a bunch of caterwauling premiers, who can't agree on anything except more federal cash and periodic studies of possible future collaboration, such as the one announced Tuesday for an "innovation fund"?

Health care has always been largely a provincial matter, and the provinces have always wanted to keep it that way. Meeting together, there are plenty of issues for the premiers to discuss about how to better co-operate, as in a common drug formulary, bulk purchasing of drugs, impediments to portability, interprovincial labour deals, common clinical assessments and so on.

But, no, gathered together, they just can't resist bashing the federal piñata, hoping it will release more money. Mr. Harper has already agreed to give transfers to the provinces indexed at 6 per cent for the next five years, falling to the range of 4 per cent thereafter.

This federal offer comes when Ottawa has a large deficit and is preparing to cut its own programs by 5 per cent to 10 per cent. Moreover, no other government program, federal or provincial, is being indexed at anything remotely like 6 per cent. When Paul Martin hiked transfers and indexed them at 6 per cent, Ottawa enjoyed a tidy surplus.

The premiers don't seem to have noticed that things have changed. They're dreaming up new reasons why the 6 per cent should not be continued sine die. You can see why they want to deflect attention from the challenge they don't want to speak frankly to their citizens about.

Health-care costs rose at an annual rate of 6.5 per cent in the 2000-2009 period. Premiers are scared stiff of the hard decisions that lie ahead to bring the increases down to something more affordable, especially since the next decade will almost certainly feature slower economic growth than the decade before the 2008 recession.

Every province faces challenges. B.C. Premier Christy Clark says her province should get more money because B.C. has more seniors per capita who cost the health-care system more. The Atlantic provinces have the same problem, although the aging of the overall national population will add only about 1 per cent to the total health bill.

Newfoundland and Labrador has widely scattered outports to service, and that's expensive. Ontario has all those newcomers, and Alberta and Saskatchewan have growing populations. Quebec is Quebec, complaining about needing more money, as always.

Quebec Premier Jean Charest is up in arms that Ottawa decided unilaterally not to hand over even more cash. Heaven forbid, however, that Ottawa should tie anything to the money it's offering, let alone anything additional. Health care is provincial territory, so Ottawa should pay up and butt out, which is pretty much what Mr. Harper proposes.

When Mr. Martin signed his deal with the premiers in 2003-2004, a bunch of gossamer strings were attached to the money. Quebec respected none of them. It had decided not to participate in the Common Drug Review, squelched being part of the Canada Health Council, the common wait times reduction strategy, the national pharmaceuticals strategy, all in the name of its attitude toward Ottawa of pay up but butt out.

If the premiers wanted to fix something, they could get Quebec to change the clauses in its provincial drug plan that penalizes any company that negotiates a lower-cost deal with another province. This clause cripples smaller provinces trying to get lower drug prices, forcing them into "secret" rebate deals and other subterfuges with companies. Quebec has the highest drug costs in the country, because it wishes to protect brand-name pharmaceutical companies located in the province.

In any event, Quebec is not the only province that wants jurisdiction over health, as much federal cash (and tax points) as possible, but no federal say in how the money is spent. No wonder Mr. Harper wants no part of such conversations.

The provinces got what they asked for on health funding
January 19, 2012
Opinion
The politics of Harper's medicare decision
January 20, 2012 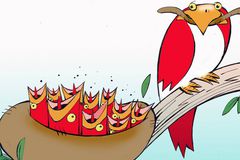 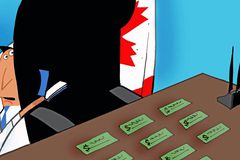