I was ahead of the curve on vitamin D. I've been popping the "sunshine drug" for years – 1,000 International Units a day, religiously, all winter long. I felt smug when The New York Times finally caught up to me.

"Vitamin D promises to be the most talked-about and written-about supplement of the decade," Jane Brody, the paper's best-known health writer, declared in 2010. "A huge part of the population – from robust newborns to the frail elderly, and many others in between – are deficient in this essential nutrient."

The horrors of vitamin D deficiency are legion: elevated risk of certain cancers, high blood pressure, heart and kidney disease, MS, uterine fibroids, and – worst of all – fragile bones. (Oh, oh. Better take it year-round.) All of my knowledgeable friends agreed that vitamin D should be an essential part of every woman's nutrition regimen.

Well, now we can toss those pills down the garbage chute. New findings published in The Lancet say vitamin D supplements don't seem to improve your bone density after all – or anything else. "Most healthy adults do not need vitamin D supplements," said Ian Reid, the study's leader. "Our data suggest that the targeting of low-dose vitamin D supplements only to individuals who are likely to be deficient could free up substantial resources that could be better used elsewhere in health care."

I feel like a chump. But what else is new? This is just the latest in a long list of debunks of substances as diverse as antioxidants, salt, gluten, fish oil and vitamins A through E. All these things have been the subject of countless scientific studies whose results have been published in important journals. All have been endorsed (or condemned) by the most authoritative bodies – government health agencies, Harvard professors, nutritionists, dietitians and cancer societies, to say nothing of Dr. Oz and Oprah.

And it's snake oil. All of it.

Most nutrition research is pseudoscience – a giant fraud committed on the public. That is the conclusion reached by Edward Archer, a research fellow at the Arnold School of Public Health at the University of South Carolina. He's the lead author of a new paper that examines four decades of nutritional surveillance data collected (at a cost of billions) by the U.S. government. This is the basic information used to chart obesity trends and develop dietary recommendations. But the data are worthless, because they depend on people self-reporting what they eat. And people, especially women, are wildly unreliable. If their food intake matched their self-reports, many of them would be dying of starvation.

As Mr. Archer writes in an opinion piece published in The Scientist, "there is a large body of evidence demonstrating that the systematic misreporting of energy and macronutrient intake renders the results and conclusions of the vast majority of federally funded nutrition studies invalid." He blames a fatal combination of incompetence and self-interest. Nutrition "science," he charges, is rife with bias. Its research techniques are deeply flawed and the researchers know it, but no one will rock the boat because everyone's livelihood depends on their next government grant.

Harsh? Not at all. The nutrition racket feeds many interests. One is Big Pharma, which makes a lot of money on the "worried well." According to Dr. Paul Offit, a well-known and formidable opponent of nutritionism, vitamin supplements are a $30-billion industry. Another beneficiary is Big Food, which uses the miracle (or toxic) ingredients du jour as handy marketing tools. Yesterday, your breakfast cereal had anti-oxidants. Today, it's gluten-free, and tomorrow it will be sprinkled with magic pixie dust that will help you live forever.

Then there's the obesity/public health establishment, which, having cured us of our smoking habit, needs other things to do. Obesity is a worthy cause, but it's also vastly oversimplified. Except at the extremes, nobody really has a handle on the link between weight and various morbidities.

Next up is the vast scientific/academic/research/funding/publishing establishment, where you see all the problems of nutrition science writ large. "There is an intellectual conflict of interest that pressures researchers to find whatever it is that is most likely to get them funded," Dr. John Ioannidis, the renowned medical meta-researcher, told The Atlantic magazine. Dr. Ioannidis has shaken the science world to its foundations with his conclusion that most medical research is misleading or just plain false. In a nutshell, his argument, as summarized by Atlantic writer David Freedman, is that, "assuming modest levels of researcher bias, typically imperfect research techniques and the well-known tendency to focus on exciting rather than highly plausible theories, researchers will come up with wrong findings most of the time."

For the record, Dr. Ioannides's advice with regard to obesity studies is "ignore them all."

But let's be honest: The people with the biggest stake in the nutrition racket are you and me. We've taken vitamins since birth. We are desperate to believe. We are the self-improvers, the conscientious types who have made a solemn vow to live healthy till we die. We're proactive. We fill our plates with quinoa and kale. We worry about fibre.

We're not to be confused with those wacky alt-medicine types with their voodoo potions. We base our diets on sound scientific research, all of which has been endorsed by The New York Times. We are members in good standing of what Dr. Offit calls "the church of vitamins and supplements." And every morning, we faithfully take communion with our little pills and hope for the best. 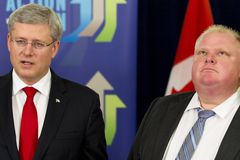 Opinion
Pinot grigio is your friend – until it’s not
November 2, 2013