Amanda Klasing, a senior researcher at Human Rights Watch, specializes in the right to clean water.

"She likes to take a bath, but [the water] irritates her skin," Susan said of her active two-year-old daughter. When the little girl was 18 months old, Susan started to notice rashes all over her daughter's legs. "I thought it was something from the grass," she said. Instead, a doctor informed her that the baby's rash was probably from her water. Susan can't bathe her daughter at home now; she takes her to a daycare centre or relative's house.

Susan lives in Grassy Narrows First Nation in Ontario, where I spoke to her and other families in February to learn about living under a "do not consume" water advisory.

The water in the well that supplies her home is contaminated with uranium; water trucked in from a local treatment plant to fill a cistern at her house has dangerous levels of a cancer-causing byproduct that comes from treating dirty source water.

I have visited many countries conducting human rights research for Human Rights Watch. Canada, with its global reputation as a rights-respecting country with bountiful fresh water, was the last place I expected to encounter parents worried that their water could harm their children. While investigating Human Rights Watch's report on the drinking water crisis in Ontario First Nations, I spoke to dozens of parents and grandparents who cannot trust their water – which can weigh heavily on the heart and mind.

Unfortunately, Grassy Narrows and Susan's situation are far from unique. As The Globe and Mail detailed Monday in its excellent reporting on water safety, there are currently 158 similar drinking water advisories in 114 First Nation communities. This statistic doesn't reveal the full extent of water problems facing First Nations communities. Some lack any running drinking water, relying only on trucks and cisterns, and many households rely on well water, which is often contaminated. The basic human right to water is seriously at risk in First Nations communities across Canada.

Exposure to the contaminants found in this water can cause illnesses ranging from gastrointestinal disorders to increased risk of cancer. Knock-on effects – like bathing less when people can't trust their water – includes the proliferation or worsening of skin infections, eczema, psoriasis, and other skin conditions.

Yet, the federal government has not done enough to address this crisis. For decades, the government has invested in building new infrastructure without first creating the environment for communities to guarantee safe water – such as the regulations that exist in the rest of Canada. No safe drinking water rules exist for First Nation reserves. Introducing rules alone can't guarantee safe water, but coupled with sustainable funding and support they can create an enabling environment.

Dozens of communities languish for years on the priority list analyzed by The Globe, thanks to years of unpredictable or insufficient funding for water systems. The federal government funds water budgets at a deficit, meaning that communities often do not have enough money to keep systems in good working order. Meanwhile, the quality and safety of source water has declined, with new contaminants such as personal care products and pharmaceutical waste making water more expensive to treat.

The Trudeau government has taken historic steps to resolve the crisis by increasing its water budget and promising to end long-term boil water advisories in five years. But the government data obtained by The Globe show that ending the crisis requires systemic changes to reduce risks for everyone living on reserve. The government should be collaborating with First Nations to a develop a plan for long-term and sustainable solutions with measurable targets to monitor success.

Many countries face water crises, but few have the natural or financial resources of Canada. The First Nation drinking water crisis is a preventable and unnecessary burden borne most by children, the elderly, the sick and caregivers like Susan. 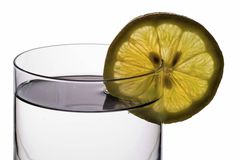