Charles Burton is an associate professor of political science at Brock University in St. Catharines, and is a former counsellor at the Canadian embassy in Beijing

For one, APEC conflicted with Remembrance Day ceremonies at home, just weeks after the murder of two Canadian soldiers on home soil. Not going to China also made sense in light of Beijing's lack of response to Ottawa's concerns over significant issues in the Canada-China relationship. And anyway, the Prime Minister will see most of the same world leaders at this weekend's G20 in Australia. He could just as well sit down with the President of China and try to sort things out then. Finally, Canada has not had an official visit from the president of China since 2010; it's their turn to come to us.

But at the 11th hour, the Prime Minister's Office announced he would travel to China after all. As Mr. Harper put it, the Chinese government "really wanted me to be here" for the opening of the APEC summit.

Of course, not insignificant factors of money and ethnic voters also contributed to this change of heart. Lobby groups – representing Canadian businesses with relationships with Chinese communist state firms, as well as associations largely composed of recent immigrants from the PRC – predicted dire consequences for Canadian interests in China if our PM showed "disrespect" by not attending APEC in Beijing. They compared it to the offense Mr. Harper purportedly caused when he decided not to attend the Beijing Olympics in 2008.

(Not that this goes both ways. In 2012 the Chinese delegation to the London Olympics was led not by the President or even the second-ranked Premier of the State Council, but by one Liu Qi, "deputy-director of the Central Commission for Guiding Ethic and Cultural Progress". Doubtless no offence to the host U.K. was intended, and likely none taken.)

Chinese media reports of the Harper visit focused on boosting relations, increasing trade and "building mutual trust." This seems to mean trusting Beijing's assurances that Ottawa should have no cause for concern about allegations of pervasive serious human rights abuse in China, or about Chinese cyber espionage threatening Canadian security. Indeed there were many photographs of Mr. Harper and his accompanying cabinet ministers laughing and smiling and giving the impression that they thoroughly enjoyed interacting with leaders of the Chinese Communist Party.

But it is hard to imagine that Mr. Harper was genuinely building bonds of friendship at his lengthy Friday meeting with Xiao Baolong, the Communist Party Secretary of Zhejiang province. Mr. Xiao is currently currying favour with the leadership in Beijing by systematically suppressing Christianity. Hundreds of churches have been ordered to remove visible crosses from their buildings, and many churches have been completely razed on the premise of "building code violations" – including the heart-rending destruction of the magnificent, recently constructed Sanjiang Cathedral that could seat 3,000 worshippers.

At another event, the Prime Minister felt compelled to hold his tongue at a press conference when Chinese Premier Li Keqiang responded to a question about the incarceration and intensive interrogation of Canadians Kevin and Julia Garratt, who have been held separately in isolation for more than three months without charge. Mr. Li suggested China is "a country under the rule of law, and there is clear stipulation in Chinese constitutional law that human rights must be respected and protected."

So did Mr. Harper and his delegation spend 26 hours on a plane to China and back, only to be subjected to this sort of absurd blather?

For Canada, the much-trumpeted take-away – the reward for paying tribute to the Chinese regime – was a ceremony where, in Mr. Harper's presence, 18 contracts and memoranda of understanding were signed, purportedly worth $2.5-billion in business and trade. That these are mostly pre-existing agreements or are early agreements to negotiate deals, many of which never come to fruition, is not as important as the symbolic value. And Ottawa seems overly delighted that Beijing will now let us trade with them in Canadian currency, rather than the past practice of U.S. dollars only.

The real bottom line is that the Chinese leadership got the affirmation of political legitimacy that they wanted from Canada. There would have been troubling questions by people in China if the group photos of APEC leaders lacked Mr. Harper because he decided that, all in all, Canada would be better off if he just stayed home.

In Beijing, Mr. Harper did affirm that Canadian interests in China consist in all three aspects of promoting Canadian prosperity, ensuring Canadian security and standing true to Canadian values in our interactions with the PRC. But in the end, as Mr. Harper tentatively expressed it, "I think we have significantly advanced the economic relationship." Time will tell if he is right on this. 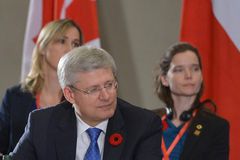 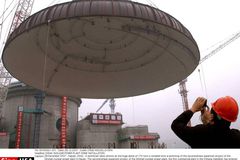