Semra Sevi has a Masters in Political Science from the University of Toronto. Gillian Frank is a Canadian citizen who teaches at Princeton University. Mr. Frank is suing the federal government for the right of Canadian citizens living abroad to vote.

Last week, the Supreme Court of Canada agreed to hear a case about whether Canadians living abroad should regain their right to vote in federal elections.

Over the past four years, the Conservatives sought in the courts and through legislation to prevent expatriate Canadians from regaining their voting rights. The Liberals, however, promised a different path. "A Canadian is a Canadian is a Canadian," Justin Trudeau repeatedly said during the 2015 election campaign when he repudiated the Conservatives' narrow vision of citizenship and democracy.

To understand what's at stake, it's necessary to understand the history of expat voting rights. According to a study by Asia Pacific Foundation, 2.9 million Canadian citizens – equivalent to 9 per cent of Canada's population – study, live and work abroad.

In 1993, the Progressive Conservative government extended voting rights to Canadians living abroad for less than five consecutive years. Under subsequent Liberal governments, Elections Canada reset the five-year limit every time citizens visited the country. In 2006, the newly formed Conservative Party initiated a broad debate about the meaning of citizenship in the wake of the controversial evacuation of thousands of Canadians in Lebanon.

Against this backdrop, members of the House of Commons expressed concern about expat voting. Many MP`s believed that Canadians abroad had been away for long periods of time and therefore had limited connections to Canada. They worried that these Canadians – whom they disparaged as "Canadians of Convenience" – would unfairly impact elections. There was no evidence to support these anxieties. Following the 2006 general election, the Conservative government stringently enforced the five-year limit and thus disenfranchised more than a million Canadians.

The voting patterns of expatriates are a reflection of the government's efforts to disenfranchise them, lack of outreach from political parties and Elections Canada, and inefficient and costly voting procedures. Accordingly, turnout between 1993-2015 was low. In 1993, 9,574 Canadians residing abroad voted using special ballots. The lowest turnout was in 1997 with only 6,006 ballots cast. Voter turnout for the subsequent five elections ranged from 8,918 in 2006, before the five-year limit was enforced, to 6,069 in 2011, following the change.

In the 2015 election, 10,707 votes were cast, an increase likely related to significant media attention to expat voting rights. This does not include the Canadians who returned home to vote in person.

Despite claims of expat apathy towards Canada, many Canadians living abroad continue to maintain close ties with the country, visit family and friends regularly, pay taxes, own property, follow the news, seek consular services, and desire to continue voting in spite of the bureaucratic hurdles that prevent them from doing so. Many of these Canadians do not hold dual citizenship and cannot vote elsewhere.

The current lawsuit before the Supreme Court reflects the strong ties Canadians abroad maintain with their country, as well as their belief that the democratic process should be modernized to reflect a globalized world with a large Canadian diaspora.

In 2012, Gillian Frank and Jamie Duong, two Canadians living in the United States, filed a lawsuit to restore the right of Canadians abroad to vote. In 2014, Ontario's Superior Court struck down the law and re-enfranchised expats. The Conservative government responded by appealing this decision and in July 2015, the Ontario Court of Appeal, in a split decision, accepted the attorney-general's argument.

It's 2016 and our new Prime Minister recently visited the United States where he rubbed elbows with expat celebrities and met with Canadian business leaders in Washington and New York, lauding their accomplishments while encouraging them to invest in our economy. Prime Minister Trudeau sent a message that he values citizens who reside outside of the country. As much was clear during the 2015 elections when Anna Gainey, the president of the Liberal Party, wrote to the Canadian Expat Association: "We believe that all Canadians should have a right to vote, no matter where they live, and we are committed to ensuring that this is the case."

In early 2017, the Court will hear arguments about the rights of Canadians abroad to vote. Mr. Trudeau has an unprecedented opportunity to welcome many of these citizens back into our democratic process. One way he could do this is by not defending the litigation before the Supreme Court. Will the Liberals live up to their much-anticipated campaign promise to restore democracy to citizens living abroad? The voting rights of over a million Canadians hang in the balance.

Opinion
If Canada is back, let’s restore expats’ right to vote
November 17, 2015 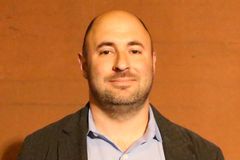 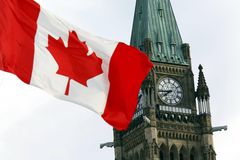