I once met a bear while hiking in the Rocky Mountains. A big bear, who squinted at me and sniffed the air. When I backed away, he followed me, muscles rippling beneath a grizzled hump.

With no trees to climb, I began to talk. "Good morning, Mr. Bear," I said, and asked about his health. I commented on the weather, told him of my plans and, after a minute of idle chatter, he shrugged and wandered off the path.

I was reminded of this encounter when, last month, Foreign Minister Stéphane Dion announced a shift in foreign policy. From now on, Canada will seek to actively co-operate with Russia in the Arctic.

Mr. Dion justified the change on the basis that, together, Canada and Russia control 75 per cent of the Arctic: "Co-operation with Russia on the full range of Arctic issues is simply in our best interests. … The North is not a place for military confrontation or buildup."

Read more: What the U.S., Russia and other Arctic countries think about Canada

From the archives: Notes from the North: Globe journalists share their reporting highlights

The new policy will likely achieve its stated goal, because the Arctic is a remote, difficult, dangerous and expensive place in which to operate. Russia, battered by low oil prices and sanctions, knows that it cannot afford to militarize the region.

Nor does Russia have any incentive to seek a northern conflict. It already has enough territory in the Arctic, and vast oil reserves located in uncontested coastal waters. Its military, moreover, is fully occupied elsewhere.

For Canada, similar calculations apply. It would cost many billions of dollars to equip the Canadian Forces with state-to-state war fighting capabilities in the Arctic.

Implicit in Mr. Dion's justification for the change is a belief that Arctic relations can be treated separately from the crises in Syria and Ukraine. But the breakdown in relations between Russia and the West is, in fact, the main reason why Canada's new policy of polar rapprochement is needed.

Russia is isolated and agitated. As its economy implodes, President Vladimir Putin protects his position by stirring up nationalist sentiments – mostly against the United States.

Russians worry about the deployment of U.S. missile defence in Eastern Europe. They believe that the North Atlantic Treaty Organization is encircling them as it expands eastward. The annexation of Crimea is, from this perspective, just the latest effort to hold off an aggressive, intentionally destabilizing West.

Russians see the war in Syria as a necessary defence of sovereignty against outside intervention, of stability against Western-induced regime change and chaos. They believe they are acting legally in Syria, because they were invited by the government of Bashar al-Assad.

Russians recoil against the language being used against them. Last month, Samantha Power, the U.S. ambassador to the UN, told the Security Council that "what Russia is sponsoring and doing [in Syria] is not counter-terrorism, it is barbarism."

Russians see the world differently than we do. They might be wrong. They might even be paranoid. But a bear that feels threatened will often charge. And just as a grizzly will stand on its hind legs to make itself more intimidating; last week, Russia conducted three ballistic missiles tests.

Today, the world is closer to nuclear war than at any time since the Cuban missile crisis. The smallest incident could spiral out of control. Imagine what might happen if a U.S. fighter jet were mistakenly shot down by a Russian anti-aircraft missile, or Russian troops were struck by a U.S. bomb.

Talking Russia back from the brink will not be easy. Negotiations between the United States and Russia have broken off. Earlier this month, Russia was backed into a corner by a strongly worded draft UN Security Council resolution to end the bombing of Aleppo, and used its council veto to get out.

Enter Mr. Dion who, because of Canada's size and geographic position, can engage Russia directly on Arctic issues. Just as importantly, the Arctic is a topic on which Russia is willing to be engaged.

Negotiations on Arctic co-operation might seem peripheral to the hostile exchanges taking place in the Security Council, but they are not. Mr. Dion's move creates a new opportunity for East-West dialogue at a time when polite conversations are desperately needed.

Expect Mr. Dion to visit Moscow soon, to demonstrate that constructive talks are possible. As a Canadian, he knows how to deal with bears. Don't turn your back; don't get too close; and never stop talking. 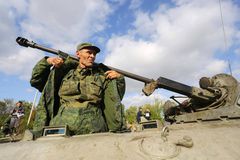 Panel: No indication of Russian aggression in Arctic
October 14, 2016
Canada and Russia to hold joint Arctic conference next month
September 29, 2016 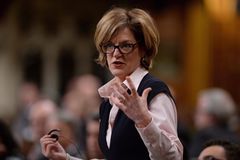