Compared with the right's tortoise crawl to uniting, progressives are showing a hare-like hop. Leadership races in both major parties have seen robust candidacies supporting co-operation, not two years after Stephen Harper won a majority.

In contrast, conservatives took nine years to get going. Over five contests to lead the Canadian Alliance or Progressive Conservatives after the right's fissure, only Diane Ablonczy was ahead of her time. She ran on a pro-merger plank in 2002, and got 4 per cent for her trouble.

But just six months into Mr. Harper's majority, Nathan Cullen ran for NDP leader and surprised many by making the third ballot and receiving 24 per cent. He was soon followed by Joyce Murray in the current Liberal race, who shows signs of some spunk of her own.

Their success is due in part to Mr. Cullen's moving debate from merger to co-operation to the extent it's now the basis for discussion. Not everyone agrees, naturally, but if the right's any guide, even the most implacable opponent disagrees until they don't. Shortly after Ms. Ablonczy's run, Mr. Harper and Peter MacKay simply changed their minds and merged. Knowing this can happen again should encourage deeper thinking about where progressives now sit.

It's popular in many circles to believe the sun has set on Quebec's role and point instead to the Ontario suburbs and British Columbia where elections are now won. For Tories, this is likely true. But it's unlikely to work on the left, where conversation too often dwells on Barack Obama or the U.S. Republicans as Canadian realities are ignored.

Progressives can't form a majority without Quebec, and so depend on a sizable contingent of federalist MPs. As Paul Martin and Stéphane Dion both know, navigating a minority Parliament in which the Bloc Québécois – not the NDP – is the second-largest progressive party changes the rules.

Split votes helping Bloquistes are almost as unhelpful as those that elect Conservatives. Nevertheless, most arguments in favour of co-operation suggest the Bloc is either benign or extinct. In portraying a rapprochement as a traffic light of red, orange and green, the necessary formula of orange, red and a federalist Quebec is overlooked.

As such, the progressive party that Quebeckers support matters greatly. If they vote separatist, the clamour for ever-weaker federal roles on issues such as the environment will leave progressives, including most Quebeckers, with no way to act on the values they admire most about Mr. Obama.

People who think the 2011 election was a blip, and hope things quickly get back to normal, should be careful what they wish for: Normal is 50-odd separatist MPs undermining a progressive majority's ability to work on shared values. So let's resist temptation to paint the NDP breakthrough as coming mostly at Liberal expense; its prime victim was the Bloc.

There are other truths, too. Liberals haven't won a majority versus a united right in 33 years; New Democrats never have. It's worth suggesting that both absorb the likelihood that, if they aren't in opposition after the next election, a coalition government looms.

The thing is, if there's sufficient common ground to form a governing coalition, there's enough for an electoral coalition, too, with priorities spelled out for voters. There's also enough time, and if Ms. Murray fares well, evidence of unprecedented mutual goodwill.

Talking about the Tea Party won't help start an honest conversation about the next steps progressives could take. And the longer this chat is put off, the less chance a coherent set of common goals will emerge.

The good news is, Mr. Cullen and Ms. Murray have already begun and found open minds for something new. Helpful, since progressives' path to enabling shared values doesn't follow Mr. Obama's electoral map and requires a course of its own.

Jamey Heath was co-campaign manager for Nathan Cullen. He is the author of Dead Centre: Hope, Possibility and Unity for Canadian Progressives.

Jack Layton biopic: We don’t need the CBC to mythologize our politicians
March 11, 2013 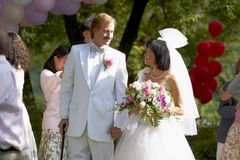