The federal government has signalled its intention to reduce its role in shaping medicare to writing cheques. This would complete a 35-year journey that began in 1977, when Ottawa first capped its financial contributions to the provinces. At its peak, Ottawa's share of publicly financed health-care spending reached 41 per cent. Today, its cash contribution is just over 20 per cent.

The provinces run health care and have traditionally welcomed federal cash transfers with few strings attached. So what's wrong with Ottawa's self-imposed exile – is it not merely recognition that it has no legitimate role in shaping how the system develops?

Not in our view. Writing cheques and walking away from the duty to improve medicare is not only a retrograde step that endangers health care and the economy, it also reveals a vision of an increasingly shrivelled and parochial federation, where governments look inward and the whole becomes a pastiche of increasingly isolated parts.

Here are seven reasons why a strong federal presence in health care is vital to Canada:

Successful nations are built on unifying infrastructure. Think railways and the Trans-Canada Highway, seamless telecommunications networks, the armed forces, regulatory and judicial processes. Health care is a level up in importance because health is a fundamental precondition for full participation in society.

A high-performing nationwide public system contributes enormously to the economy. Businesses don't have to design and fund complex health plans for their employees. Workers don't have to worry that taking a job in another province will compromise their health care. Only leadership from Ottawa can guarantee a common set of programs and standards and ensure that program enhancements are available to all Canadians. The 2004 health-care accord acknowledged that Canada's public coverage of prescription drugs is not up to international standards. Ottawa must insist on improvement and put its money behind it.

The intelligent use of health information is the key to improving access, quality and efficiency. Analysis and comparison are the midwives of improvement. Canada' health-intelligence network is unco-ordinated, sluggish, incomplete and fragmented, a clumsy hybrid of paper and electronic records from which anything useful emerges slowly and at great cost. Both leadership and investment from Ottawa on an unprecedented scale are essential to creating high-quality, standardized information that improves clinical practice, policy and accountability.

Provinces can't transform their systems on their own regardless of how much money they spend. The politics of health care are simply too fraught, and the vested interests too powerful, to effect large-scale change. Even worse, the jurisdictions routinely engage in unconstructive bidding wars for personnel and are whipsawed by vendors, such as pharmaceutical companies, that exploit their isolation and vulnerabilities. Ottawa should play a major role in creating a more collegial and co-operative federation that overcomes obstacles to reform and bargains more effectively in the public interest.

Ottawa could do a great deal to reduce the redundancy and bureaucracy in the system. A great example to emulate is the common process for reviewing the cost-effectiveness of drugs that both eliminated duplicate efforts and the confusion caused by multiple reports. Similarly, the whole area of professional credentials and regulation could be greatly simplified and standardized, with Ottawa promoting and brokering change. Something is wrong when it's more difficult for some professionals to get licensed in another province than it is for a Polish nurse to get a job in Liverpool.

Canadians deserve to know more about where the system succeeds and where it fails. Because Ottawa is not held as politically accountable for health care as the provinces, it's the ideal mirror to and conscience of the overall system. It shouldn't only invest in and co-design the health-information infrastructure but also mine that asset to report on how well the system performs, and promote a culture of openness and transparency where independent researchers and health-care providers can do the same.

Ottawa must proudly stand up for single-payer, not-for-profit health care and ensure that its financial contributions reinforce this commitment across the country. Several provinces have turned a blind eye to blatant violations of the Canada Health Act, and Ottawa has stood by in indifference. The country needs to know where its government stands on the basic character and values of medicare.

If the federal government abdicates, Canadian health care will be increasingly fragmented and costly, and two-tier medicine will grow not because the public wants it but because Ottawa allows and perhaps encourages it. Giving up on medicare is in a sense giving up on the Canadian values that have knit us together. There is more to leadership than writing cheques.

Roy Romanow, a former premier of Saskatchewan, wrote a royal commission report on health-care reform in 2002. Linda Silas is president of the Canadian Federation of Nurses Unions. Steven Lewis is a veteran health-policy analyst.

The provinces got what they asked for on health funding
January 19, 2012
Opinion
Why Harper is tuning out the premiers
January 18, 2012 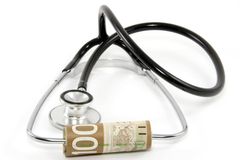