On Tuesday, after an emergency session convened by South Korea, the United Nations Security Council issued a unanimous condemnation of North Korea's nuclear test – the third in a series of provocations (the first in 2006, and the second in 2009) that have entrenched the country's isolation.

Susan Rice, the U.S. ambassador to the UN, reinforced these calls for a "swift, credible and strong response" from the international community to North Korea's increasingly bellicose stance.

Solemn protestations such as these have become familiar in the council chamber, as have efforts to alter Pyongyang's behaviour through economic and technological sanctions. As a result, analysts might be tempted to conclude that this recent move – following quickly on the heels of North Korea's successful test of a ballistic missile in December – will not generate any significant breakthroughs or policy changes.

As before, the key player on the North Korean file is China, Pyongyang's staunch ally and provider of crucial economic goods. The Security Council can make all the pronouncements it wishes, but it is individual states that make good on that body's resolutions, by implementing sanctions and exerting diplomatic pressure. So far, while sanctions (such as a ban on imports of missile technology and luxury goods) have been agreed on, they have not included the measures that have the best chance of making an impact – asset freezes and travel bans, interdiction of ships, and a ban on crucial high-tech inputs. As long as China continues to see its interests as firmly tied to the survival of a viable and independent North Korea, which acts as a buffer against a pro-American South Korea, the real punishments meted out against Pyongyang will continue to fall short of the rhetoric.

But this time, perhaps, things will be different.

First, there is the nature of the test itself. Previously, Pyongyang has used plutonium, reprocessed from a now-defunct nuclear reactor. However, for the first time, the North Koreans may have exploded a uranium device (still to be verified). If so, this signals that the country has developed uranium enrichment capability and therefore has the potential to manufacture several bombs.

Second, the North Koreans have used a miniaturized and lighter nuclear device, with greater explosive force. Such a device, when combined with Pyongyang's efforts to build ballistic missiles, brings the threat of a long-range nuclear strike that much closer. Many analysts claim that North Korea is still years away from having the technology to deliver a nuclear warhead on a missile. Nonetheless, the steps taken this past week make such a capability a question of "when," rather than "if."

And finally, the Chinese may be on the cusp of a shift in policy – an incremental shift, to be sure, but a shift nevertheless. This week has been a disaster for Chinese diplomacy. Beijing's efforts to reign in its unpopular ally have utterly failed, and this reflects badly on perceptions of Chinese influence. A debate has raged in Chinese policy circles about the wisdom of continuing to shore up a reckless regime, and concrete recommendations have been floated about reducing the provision of both aid and trade. China's new leader, Xi Jinping, continues to be constrained by a military committed to North Korea on strategic grounds, and a Communist Party that still sees Kim Jong-un and his colleagues as ideological brethren. (The Chinese are also worried, more pragmatically, about the spectre of a North Korean economic collapse, and an influx of refugees into China.) But as Xi Jinping becomes more established, and if a warming of U.S.-Chinese relations can be achieved, then it is not impossible to imagine a change in China's conception of its own security, whereby the role of a communist North Korea as a buffer has to be balanced against the very real threats associated with a more heavily nuclearized region and a U.S.-North Korea showdown.

To those who disagree, I would point to the Soviet Union in the late 1980s. Against most predictions, it slowly and steadily reimagined its security needs, and concluded that they were less dependent on continued nuclear build-up and a buffer of ideological comrades in Eastern Europe. To be sure, some of the facilitating conditions for such a shift may still be lacking in the Chinese case. But the Soviet example suggests that we should "never say never."

Of course, any shift is partially dependent on China seeing a less hostile external environment. (I have little hope that the current North Korean regime will change its perceptions.) This means that the actions of the United States, and Japan, are particularly critical.

The North Koreans have done their best to make all of this more difficult. The nuclear test this week coincided with U.S. President Barack Obama's State of the Union address, and is therefore seen as a direct challenge to a second administration. Interestingly, Obama has responded to the test by reaffirming the "nuclear umbrella" that the U.S. provides South Korea – i.e., that an attack on South Korea will be treated as an attack on the United States. In recent years, this promise has been assumed, but largely unspoken.

Pyongyang's third test also comes at a time of transition in South Korean politics, as the current president – Lee Myung-bak – prepares to step down at the end of this month. The new president-elect might have wanted to re-engage with the North, and reconsider the provision of humanitarian and economic aid. But Kim Jong-un's provocations make such measures all but impossible. The losers, as always, will be the North Korean people, who continue to live in poverty, fear, and isolation.

Jennifer M. Welsh is Professor in International Relations at the University of Oxford and a Fellow of Somerville College. This article is published in partnership with the Canadian International Council and their international-affairs hub OpenCanada. 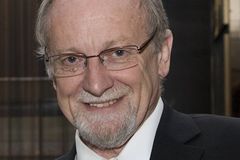 Why one expert thinks we should worry about North Korea
February 12, 2013 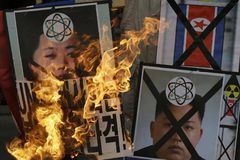 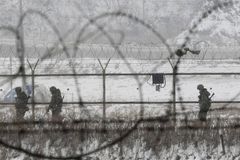 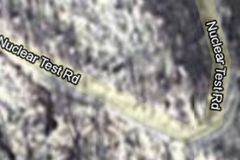