When the Charter of Quebec Values was leaked to the news media this summer, the federal government was criticized for not attacking it. But, in fact, Ottawa's cautious response was much wiser than vociferous criticism. The facts show why.

At this stage, the charter is just a draft released for public consultation; we don't know what the final text will say. We do know the draft is provoking heated debate within Quebec, including criticism this week from influential former PQ premiers Jacques Parizeau and Lucien Bouchard. In any case, the charter seems limited in scope – mainly a dress code for provincial employees.

Nor do we know whether the charter will ever be enacted. The PQ has only a minority government, and both the Liberals and the CAQ say they are opposed. The charter is really a campaign platform, which can be enacted only if the PQ wins a majority government in the next election.

And even if enacted, it's sure to be subjected to judicial challenge. All the judges in the Quebec Superior Court, the Quebec Court of Appeal and the Supreme Court of Canada are appointed by Ottawa, and they will be applying the Canadian Charter of Rights and Freedoms, which is part of the Canadian Constitution. In other words, Canada holds most of the trump cards.

Quebec has only one trump: the "notwithstanding" clause of the Canadian Charter, which allows provincial legislatures to abridge certain rights in spite of contrary court decisions. Quebec has used that clause in past linguistic disputes, where it could count on solid francophone support. But to use it to limit religious freedom would be a different story altogether, leading to furious internal debate, international embarrassment for Quebec and probably the fall of any government that attempted it.

So, to borrow a term from 30 Rock, "Unwindulax." Severe repression of Quebec's religious minorities is not going to happen. Procrastination is by far the wisest course for the federal government – it should wait for the values charter project to collapse of its own weight, perhaps taking its authors down with it.

Beyond these strategic calculations, there are some deeper considerations. Confederation was made possible in 1867 by willingness to leave language, religion and culture under provincial jurisdiction in a federal system, subject to a few guarantees about religious education and use of languages in legislatures. Nothing else would have satisfied Quebec's sense of uniqueness.

Pierre Trudeau's constitutional amendments of 1982, never approved by Quebec, changed that balance by ratcheting minority linguistic rights upward and introducing the concept of "fundamental freedoms," including freedom of religion, which could now be used as a touchstone by the courts for overturning legislation. But in spite of these new safeguards for linguistic and religious rights, jurisdiction remains in the hands of the provincial legislature – and rightly so.

Those of us who live in other provinces have to remind ourselves that Quebec is the only place in the world where French-Canadians can live in a French-Canadian society (okay, there's also Bar Harbor in summer and Miami in winter). In that respect, it's like Latvia or Iceland. As an overwhelming local majority, the francophones of Quebec deserve broad latitude to shape their own society.

That doesn't mean they can do whatever they want; they have to act within the Constitution, including the Charter of Rights and Freedoms. But they deserve the opportunity to initiate their own discussion over a dress code for provincial employees without being denounced from outside. Their discussion will come to a sensible conclusion, even if extreme positions are encountered along the way.

Tom Flanagan is a distinguished fellow in the School of Public Policy at the University of Calgary and a former campaign manager for conservative parties.

Opinion
France’s ‘beautiful notion’ of secularism is not a model for Quebec
May 11, 2018 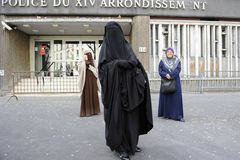 Opinion
In Quebec, a feminist rift over secularism
May 11, 2018
Parizeau takes his message to the tabloids
May 11, 2018 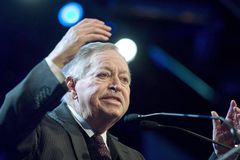