Derek Burney was Canada's ambassador to the U.S. from 1989-1993. Fen Osler Hampson is a distinguished fellow and director of global security at the Centre for International Governance Innovation and Chancellor's Professor at Carleton University.

That Russia is strongly believed to be behind the breach and leak of e-mails from the Democratic National Committee should not be a great surprise. U.S. federal investigators had warned DNC officials earlier about the threat of such breaches. There have been similar kinds of attacks in the past. China, for example, was allegedly behind the cyberattack of the presidential campaigns of Barack Obama and John McCain in 2008.

What is new is that the stolen files were put into the public domain with the apparent intention of embarrassing Hillary Clinton and further dividing the Democratic Party between her supporters and those of her rival, Bernie Sanders.

The motive was likely directed more against Ms. Clinton than in support of any budding love affair between Russian President Vladimir Putin and Republican presidential nominee Donald Trump (who on Wednesday called on Russia to find Ms. Clinton's "missing" e-mails, essentially encouraging cyberspying by a foreign power).

As former U.S. ambassador to Russia Michael McFaul recently noted, Mr. Putin's dislike of Ms. Clinton is palpable. Her support for Ukraine and criticisms of Russia's parliamentary elections in 2011 was seen as unwelcome meddling in Russia's internal affairs. Mr. Putin's "a guy that remembers these things," Mr. McFaul said, "maybe that's another explanation for why they're seeking this tit for tat now."

We should expect more embarrassing revelations, especially if Russia, as some allege, was able to hack into Ms. Clinton's private e-mail servers, which she used when she was secretary of state. Julian Assange, the founder of WikiLeaks, is also an all-too willing accomplice of Mr. Putin, such is his own personal dislike of Clinton.

But this is not just simply a titillating scandal in America's electoral silly season. It sadly points to a fundamental weakness in the United States' own cyberstrategy and its inability to deal effectively with autocrats who have outsized, imperial ambitions and terrorists who want to wreak havoc. Cyberattacks are increasingly the cornerstone of Russia's regional and global military and political security strategy. They offset Moscow's economic weakness.

Russian pro-Kremlin groups initiated DDoS (distributed denial of service) attacks against Estonia, targeting its parliament, banks, government ministries and the media, after Estonia's spat with Russia about the removal of a war memorial. Russian-sponsored DDoS attacks targeted Georgian websites, foreign ministry and media and even a pipeline concurrent with Russia's attack on Georgia in 2008.

Russia was also responsible for a major cyberintrusion against the power grid of the Ivano-Frankivsk region in Ukraine in 2015. The attack, according to an online report by the SANS Institute, was highly co-ordinated and effective, leading to power outages for more than 80,000 customers.

Russia is not alone in playing this game. So do China and countries such as North Korea and Iran. The challenge is only going to get bigger. With the changing of guard in the United States, the whole world has one foot in the air. Mr. Putin and others are going to exploit the political vacuum.

And Mr. Trump is no better than Ms. Clinton on national security. His comments about NATO and the defence of front-line states such as Estonia, Lithuania or Latvia show both the limitations of his understanding of America's vital national security interests and his intellect.

Nor should Canadians, who are generally complacent about global pressures, think they are immune. Cyberattacks can and do happen here. A 2011 major attack against the Canadian government appears to have originated in China; it infiltrated three Canadian government departments and obtained classified information.

Cyberhackers have a distinct advantage because of the Internet's anonymity, the speed of attacks, and the strong incentives for states and other non-state actors to try to game the system. The breach of DNC records is a wake-up call to us all, one that undermines trust in the Internet.

Russia, or China for that matter, cannot be given a free hand to disrupt at their discretion. There need to be reprisals, countermeasures and heightened vigilance to ensure that the openness of Western societies does not become a source of weakness or vulnerability against those who oppose our most basic values. 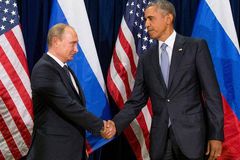