Ottawa's decision on the Northern Gateway pipeline is due next month. The general assumption is that big-oil supporter Stephen Harper will say "yes." Here are some reasons to guess otherwise.

The arguments fall into the categories of politics, timing and need. On the latter, there is no doubt about the enormous economic advantage to Canada in getting our oil to tidewater. This would free us as a captive of the U.S. market, where our product is seriously discounted, costing Canada $20-billion a year by many estimates.

But that need says nothing about which route should be chosen, and there are several serious proposals.

TransCanada's massive Energy East plan for a 1.1-million-barrel-a-day pipeline to Eastern Canada and the Atlantic is probably the least controversial and would be a genuine nation-builder. It would employ a lot of unutilized natural gas pipe and upset fewer people. The application will soon be made and there are many reasons to fast-track it.

Kinder Morgan's plan to expand its existing pipeline to Vancouver has the advantage of 50 years of safe operation as far as concern about land spillage is concerned. The company's relationship with natives and communities has been good, well-earned and far better than Gateway's. The worry, of course, is the considerable expansion of tanker traffic through Vancouver harbour.

And oil by rail to Prince Rupert is a natural. Just six or seven trains a day along a first class right-of-way would carry a Gateway-sized flow to the Pacific. No permits are required for the transit; the line is in place. An oil transshipment facility would be required at Prince Rupert, which is easily done. No diluent is required for rail transport of heavy oil, an advantage. And the tanker passage from the Pacific to Prince Rupert is simpler than to the proposed Gateway terminal at Kitimat. Although experienced pilots and captains say both routes are safe, the environmentally conscious B.C. public would welcome risk reduction.

Even further risk reduction could be obtained if the trains were diverted to Kitimat to a refinery proposed by newspaper magnate David Black. The environmental beauty of a refinery is that the heavy oil is converted into products such as diesel and gasoline before loading onto tankers. These substances evaporate quickly in the case of a spill. And a refinery would yield 3,000 continuing good jobs, probably to be doubled by a common add-on for petrochemicals. Even the New Democrats would find it hard to argue against so many jobs and so much reduction of risk.

Mr. Black says he is making good progress in China with markets and financing. It's a mystery why the Ottawa and Alberta government haven't shown an interest in helping this along, unless they're under the influence of the U.S.-controlled oil majors, which would like to keep supplying their own Gulf Coast refineries with discounted Canadian feedstock.

The bottom line here is that there are alternatives.

Gateway is a loser on timing. There is no doubt that the project would face huge court delays unless agreement is obtained from a majority of First Nations along the route, and current opposition is strong. First Nations see this as a lever to finally get the respect and recognition their grievances deserve. But courts are slow and a pipeline that takes 10 years to get started is worth little today.

(A possible solution here might be native ownership of the line. That has not yet been seriously proposed, but there is no doubt treaty settlements in the area are going to cost the feds many, many billions, and some of those dollars might as well go toward this Ottawa wish.)

The final factor is politics where a negative decision could play well for Mr. Harper. British Columbians are famously concerned about their environment and Gateway is said by many (including plenty from south of the border) to threaten that. B.C. accounts for 21 of Mr. Harper's seats in the Commons and six more will be up for grabs in the next election. With the resurgence of the Liberals, the Prime Minister may need all of these.

A "no" on Gateway would play well with environmental-driven voters, while leaving open the chance that a drastically revised version might one day be considered. Considering Mr. Harper's impatience with U.S. President Barack Obama's stalling on the Keystone pipeline for "environmental" (read political) reasons, it would lie ill in the Prime Minister's mouth to shut down Gateway on that specific basis. But concern over equity for First Nations would do the same job on a noble note.

Need, timing, politics – a triple play. What's not to like? 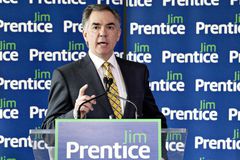 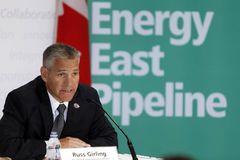 OPINION
None of Clark’s five conditions for approval has been met
May 19, 2014 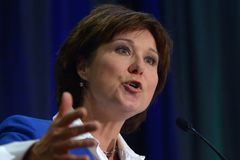