Kent Roach and Craig Forcese are professors of law at the University of Toronto and University of Ottawa. respectively, and authors of False Security: The Radicalization of Canadian Anti-Terrorism.

It isn't clear yet which parts of the previous Conservative government's slapdash 2015 security legislation the new Liberal government will renovate. But we now know that the Liberals will pursue their campaign promise to repeal the citizenship-stripping provisions in Bill C-24, enacted by the Harper government in 2014 in the name of national security.

The amendments tabled by the government last week have sparked a pledge by Conservative senators to resist the changes. This opposition seems to be based mainly on a visceral desire to layer banishment on the incarceration of dual Canadian citizens convicted of terrorism. But some, such as an editorial in the Toronto Sun, argue that the bill "imperils the safety of all law-abiding Canadians, regardless of where they were born."

To be sure, the new bill bucks a trend, from Paris to Jakarta, of using citizenship stripping as the latest counterterrorism measure. But popularity is no measure of sensibility. Citizenship stripping is a desperate and inefficacious measure to fight terrorism.

First, even assuming that citizenship revocations produced the removal of dangerous people from Canada, that strategy would amount to anti-terrorism NIMBYism. More concretely, Canada would embark of a policy of catch and release – setting up today's convicts as tomorrow's foreign fighters, with travel to foreign locales facilitated by the Canadian government. It seems unlikely other countries would embrace the "return" of people converted to violence in Canada, and deposited on their doorstep because of a potentially tenuous residual link of nationality.

Nor would it be sensible to assume that deported former Canadians would thereafter be unable or uninterested in engineering acts dangerous to Canada and Canadians. Operating far from Canada and its security services, they would enjoy a greater freedom to do so than would those kept closer to home, under watch and potentially more invasive strictures, such as peace bonds.

Second, the provisions only applied to dual nationals. The rationale for this focus was simple – making someone stateless would violate Canada's international obligations. But this focus on a small subset of Canadians encouraged the dangerous delusion that terrorism is (or can be made into) a foreign threat and problem. The so-called Toronto 18 plot, the terrorist attacks of October, 2014, and the 1985 Air India bombing underline the fact that terrorism is a Canadian phenomenon. Some of those plotters were dual nationals, others were not. In almost all of the recent terrorism cases, the violent radicalization of plotters was made-in-Canada, not the product of residence in some foreign locale.

Citizenship revocation for dual nationals is at best a capricious and close to arbitrary tool, focused not on a class of people who are the most objectively dangerous, but on a population most legally vulnerable to the extraordinary revocation power.

Third, the law now being repealed would in most cases commit Canada to long and costly battles about whether it can deport a convicted terrorist to countries such as Iran without the person running the risk of torture. This is a path we have been down before, with the infamous (and to date fruitless) security certificate disputes – legal proceedings that have consumed millions of taxpayer dollars and have yet to result in the removal of any of the five foreign-born men accused of terrorism and subjected to removal orders after the terrorist attacks of Sept. 11, 2001.

The costs here stem not only from the extensive litigation but also from the reputational hit Canada incurs when it risks complicity with torture. The O'Connor and Iacobucci inquiries into the role of Canadian authorities in contributing to the maltreatment of Canadians in foreign jails are now a decade old, but their lessons remain acute. Stripping someone's nationality before sending him to a foreign jail in a torturing country does not change in the least the ethical or legal implications of such conduct.

Fourth, the prospect of deporting terrorists who have served their prison terms provides Canada with another excuse not to dedicate resources to problems of prison disengagement from terrorism and rehabilitation. The Western world is slowly awakening to the reality that many people convicted under broad, post-9/11 laws enacted to prevent terrorism before it happens will eventually be released. The idea of citizenship stripping encourages the illusion that Canada can displace the risk of terrorism, rather than take responsibility for fighting it through programs that counter violent extremism, including for people convicted of terrorist plots.

All of these points condemn citizenship revocation even without considering questions of constitutional law and principle. But those, too, are ripe – not least, the issue of whether our courts would have followed their U.S. counterparts and condemned citizenship revocation as an underhanded supplemental punishment for things a citizen did, while still a citizen.

The repeal of the citizenship-stripping law is a good step, but only a start. Much work needs to be done to modernize our national security legal infrastructure, and to correct both the errors and omissions of instruments such as the 2015 anti-terrorism law (Bill C-51).

The issues can quickly become complicated and nuanced. Citizenship revocation, however, was neither. It amounted to anti-terror theatre: a further condemnation of a (correctly) stigmatized offence, but one in which a careful audit of security benefits took a back seat to the political urge for tough-on-terror optics.

Why Ottawa is right to reverse the law stripping terrorists of their passports
March 1, 2016 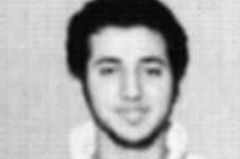