Ratna Omidvar and Dana Wagner are co-authors of Flight and Freedom: Stories of Escape to Canada, a forthcoming non-fiction collection of extraordinary exits and lives in Canada, published by Maytree.

The crisis in Syria is by now a metaphor for uncertainty. Humanitarian corridors, no-fly zones, arming the rebels, air strikes – none of these choices are low-risk. The result? Nothing gets done.

The resettlement of Syrian refugees, however, does not belong in this camp of shelved high-risk options, especially for Canada. This is one option that not only enjoys loud support from Canadian editorial pages, but also has certain consequences. We know this from our past experiences in emergency and large-scale refugee resettlement.

Canada has a history of doing it successfully, sometimes on a shoestring. Hungarians, Chileans, Ismaili Muslims, Southeast Asians, Bosnian Muslims and Karen people were among the bigger movements of the past half-century. Using our history, there is a lot to confidently predict about Syrians in Canada. While cultural adjustment and trauma will certainly be an opening chapter of their lives here, it will not be the whole story.

They will get jobs. Upon arrival, Syrian refugees will likely begin working in positions they are overqualified to fill. Some will find ways to transition back to their old professions over time and with Canadian credentials; others will bloom in entirely new careers. Zafar and Mahnaz Iravan were both engineers in the Iranian navy until they fled with their young children in 1982. In Canada, both worked their way back up the engineering sector. By contrast, one of the authors of this piece escaped Iran and arrived in Canada as a German language instructor, but never taught here. Instead, she is now the president of a non-profit.

They will learn English or French. Humaira (name changed) and her three children arrived from Afghanistan in 2009 without speaking either official language. After four years in Canada, Humaira earned a credit in Grade 12 English and her children are fluent anglophones, without a trace of accent.

Their children, in particular, will become insta-Canadians. Karim Teja was 8 when his family landed in Canada in 1972, after escaping Uganda. Because of the extraordinary airlift on an Air Canada flight from Kampala and the kindness of the resettlement team waiting in Montreal, "I was a proud Canadian before I was even a Canadian," he says.

Their new Canadian communities will step up. Sorpong Peou and his family survived the Khmer Rouge regime in Cambodia and landed in Ottawa in 1982. They were not sponsored by a local church, but congregation members shuttled the family to appointments and errands, and one new family friend encouraged Prof. Peou to apply to the University of Waterloo, where his political science career began.

They will give back. Howard Adelman, a retired York University professor, tells this story. In June, 1979, he opened his downtown Toronto door to two Ismaili Muslims who had seen his name in The Globe and Mail as the contact person for Operation Lifeline, a Canadian network of private sponsors that brought boat people from Indochina to Canada as refugees. The two had come to give Prof. Adelman donations collected from their community. Many Ismaili Muslims had found refuge in Canada after expulsion from Africa less than 10 years earlier, and they were already paying it forward. Beyond charity, we can predict that Syrians will give back in the ways we all do: as engaged citizens, engineers, health-care providers, scholars, community leaders and more.

These examples are all drawn from non-Syrian populations, but the analogy is all the more credible because of its diversity. Success stories are not the outliers, especially over time.

Last summer, Canada pledged spots for 1,300 Syrian refugees, but the CBC has reported that just 10 had arrived as of March. We are not Sweden, which expects 23,000 Syrians in 2014, and we are not Jordan, which hosts 1.3 million in a population of seven million. But we are a country that prides itself in generosity to refugees. We can do better. 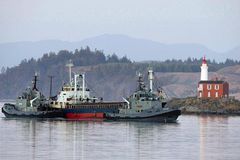 Opinion
The act of defiance that infuriated Henry Kissinger
April 23, 2014