Kristin Cavoukian is a Ph.D. candidate in political science at the University of Toronto.

With Nagorno-Karabakh's frozen conflict thawing its way back into the Western news, Canadians might be puzzled by this renewed battle between Armenians and Azerbaijanis – people about which they know or care little – over a tiny non-country. As if on cue, historians and post-Soviet political experts are pulling out their historical overviews and timelines, providing easily digested bites of background information suited to our era of low attention spans and divided attention.

This information will explain how the Armenian-majority territory ended up included, as a bubble-like enclave, in Soviet Azerbaijan in the first place, just waiting to become a bone of contention when the inevitable "ancient hatreds" re-emerged to engulf the region as the Soviet Union collapsed. That war killed more than 30,000 people and resulted in virtually complete population un-mixing, with ethnic Azerbaijanis fleeing Nagorno-Karabakh and Armenia, and ethnic Armenians fleeing Azerbaijan, collectively producing about a million refugees, many of whom still have not been resettled more than two decades after the 1994 ceasefire. And, invariably, it will focus on the international legal environment that gave rise to modern-day "frozen conflicts" in the first place – the post-Second World War international prohibition on the alteration of borders by force, and the international community's clear prioritization of territorial integrity over self-determination.

The problem with these sorts of "how did we get here" accounts is that they assume that the conditions giving rise to problems also give rise to their solutions. If insufficient territorial integrity is the source of the conflict, then more territorial integrity is the solution. If the international community agrees that Stalin's arbitrary border-drawing handiwork is permanent, even if those whose lives it has shaped reject it, then the problem must be resolved by reasserting, again and again, the international community's opinion.

Unfortunately, for the same reason that most Canadians have never heard of Nagorno-Karabakh, the international community has never truly dedicated itself to resolving the conflict. It has, instead, stuck to a strategy of reasserting, again and again, its understandings of international law that recognize and require Azerbaijani sovereignty over the de facto independent state. This approach, and the efforts of the Organization for Security and Co-operation in Europe Minsk Group, co-chaired by France, Russia and the United States, have been such an abject failure that the main antagonists – Armenia and Azerbaijan – have not even agreed to basic vocabulary and negotiating principles 22 years later. A strategy that has failed for 22 years is not a winning strategy.

I am ethnically Armenian, but I am no Armenian apologist. I consider the Nagorno-Karabakh war to have been an unmitigated disaster for both Armenians and Azerbaijanis, with no angels on either side. Anyone who studies Nagorno-Karabakh, as I have, understands that the Armenian "victory" in the war came at a very high cost. In addition to mourning the dead and injured, and rebuilding damaged infrastructure, survivors have struggled to re-establish anything resembling normal lives. As one NGO worker I interviewed there told me, "it's like an entire society in which everyone has PTSD."

Despite hand-wringing about the role of the Armenian diaspora, which demands Turkey admit its culpability in the 1915 Armenian genocide, the unresolved Nagorno-Karabakh war is also the biggest impediment to the normalization of Armenian relations with Turkey. Along with its ally, Azerbaijan, Turkey has imposed a crippling blockade on Armenia for its entire history as an independent state.

Ethnic Azerbaijanis who once called Nagorno-Karabakh home will never accept that they cannot return. An ideal resolution to the conflict might enable that sort of return, but short of intervening themselves – something no one except perhaps the Russians have any interest in, or stomach for – Western governments need to face the set of actual possibilities currently on the table. The facts are as follows: Both the authoritarian and nationalistic governments of Armenia and Azerbaijan have spent a quarter of a century demonizing each other to their citizens. As a result, there is virtually no constituency in either country willing to compromise in any way over Nagorno-Karabakh. For Armenians, the only acceptable solution is the status quo, in which they retain control over the territory, which is currently populated entirely by Armenians. For Azerbaijanis, the only acceptable solution is their full military conquest of the territory, and the removal, one way or another, of all of its Armenian inhabitants.

What does this mean? Any solution to the Nagorno-Karabakh conflict that envisions a return of Azerbaijanis to the region will not be able to guarantee their safety. It is a recipe for bloodshed that is likely to ignite a renewed war. Any "solution" that sees the return of Nagorno-Karabakh to full Azerbaijani control will see the forced removal – or killing – of roughly 150,000 Armenians.

The international community has been understandably unwilling to set what might be a dangerous precedent by recognizing Nagorno-Karabakh's independence (or a union between it and Armenia). But this seemingly reasonable reluctance comes with serious consequences for Armenians and Azerbaijanis, whose lives are once more threatened by an outbreak of war. Non-recognition means the only reasonable option, and the one best able to prevent large numbers of deaths, is a continuation of the frozen status quo.

As such, in the short run, we should hope for a cessation of hostilities, and resign ourselves to continued (if unrecognized) Armenian control over Nagorno-Karabakh. We should do so, because we know full well that the only external intervention will come in the form of Russian troops, and that Russia's interventions in the post-Soviet region have only fomented and exacerbated, rather than resolved, frozen conflicts. 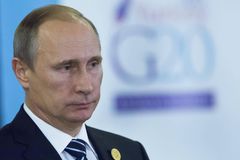 Opinion
Why we commit to commemorate
April 24, 2015 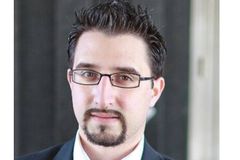